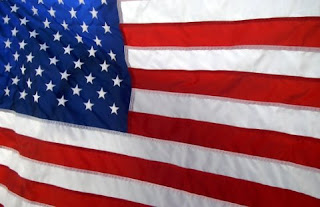 Apologies for the delay but Bobby has had me chained to the boat making mosquito nets for all the hatches & sewing more pockets!!

Actually if I’m honest, writing this is not something that has been easy to do. Being a Brit, plus the fact I don’t know many of you, its been a little hard to openly “take the piss” so bear with my British sarcasm & take it all with a pinch of salt ; )

Like Bobby I’m making my disclaimer at the beginning- very American! These are my observations of Bobby & his fellow American cruisers. It will not encompass you all & I’m fully aware Bobby is his own species!! Some have been confirmed by my fellow countrymen & women, whilst others were discovered after big disagreements in the early days, before finally working out they boiled down to cultural differences…. now we just argue but at least we know why!! ; )

1. Americans don’t do subtle. It has to be in your face. Bobby wanted a flag for the boat. Does he buy one in proportion to the size of the flag pole? No, its extra big & almost the size of the sails!

2. Meat is necessary in EVERY meal & not just a little meat. A whole pig must be placed between two slices of bread to make a ham sandwich (for those of you that know Bobby, this is then followed by an entire bottle of American mustard). It will be interesting to see how Bobby survives next year as we have no tinned (canned for you yanks) chicken & the corned beef over here is pretty bad so after a few days out at sea we will be out of meat.

3. They require loads of praise when something has been achieved. A quick pat on the back, “well done old chap” will not suffice. I have resorted to following my “Well done” with a “Was that enough?” Equally, I run & hide if he starts giving more compliments than I, the stiff upper lipped Brit, require.

4. When speaking about a person, who is in their presence, to a third person, Americans will refer to that person as “she” or “he”. Brits deem this as rude & the phrase “Who am I? The cats mother?” is often repeat to us as children to ensure we use the persons name.

5. Americans do not say “Please”. They ask for something (without saying please), they receive it & then they say “thank you”. We Brits are over polite, we say please & thank you. Can you see how the arguments began!! ; )

6. Life revolves around food. I’m not sure how much of this is down to Bobby who will eat every hour of the day & drives me up the wall, or cruisers who discuss where they can buy certain foods. One thing I know for sure is that it doesn’t mater whether you are from the east or west coast you are all hooked on your Mexican food & discussions about Mexican restaurants & the last time you ate Mexican food continue all night!

7. You love your sports & are very competitive but you are not so gracious when it comes to losing. We the Brits, can pride ourselves in being good sports, but I feel this maybe as a result of having much more experience with loss, especially due to our National football (soccer) teams. Bobby’s way of ensuring he doesn’t lose is to only play games that he is likely to win, if I start winning - we are no longer allowed to play!

8. We love people watching & guessing what countries they come from. Spotting the American is pretty easy. It’s a cliché but true, your white trainers & baseball hats stand out a mile, although the Ozzies are giving you a run for your money.

It has been fun to see how the British can transform themselves after a couple of hundred years on their own continent & you have done quite well. (was that enough praise??!!)

Suzi – the English Rose
Posted by Bobby at 4:26 PM No comments: