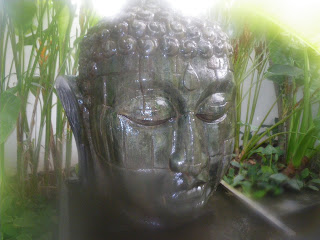 I was off Barraveigh for 4.5 months. That’s the longest amount of time I’ve spent away from my baby since I moved aboard 4.5 years ago. I made it back to Bali and slipped thru Indonesian customs with all my expensive electronic gear that should have been hit with a 47% duty. Lucky lucky. In Japan the exchange rate is roughly 100 Yen to the Dollar. In Korea it’s roughly 1000 Won to the Dollar. In Indo it’s roughly 10,000 Rupiah to the Dollar. I just keep erasing more zeros in order to do the mental math. It’s good to be back, but the US dollar went from 12,500 Rupiah to 9,500 Rupiah. That’s a 24% loss of it’s value in the 4 months that I was gone. That hurts, but I can still afford “nasi goreng dan Bintang besar” (their national dish and a big beer. Goering was a Nazi – ordering that dish always feels a little strange.) 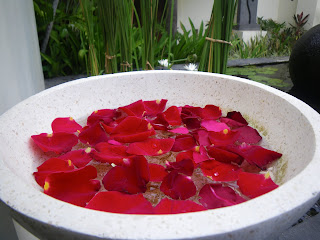 When you come visit, and you should, this is one of the best places I’ve ever been, you’ll notice that the Balinese all seem to have the same names. Here’s why: The first born is named either Wayan, Putu, or Gede. The second born is either named Made or Kadek, The third born is either named Nyoman or Komang. The fourth born doesn’t get a choice – only Ketut. It cycles over again to the remaining first names for the fifth kid. Shampoo, rinse, repeat. The sex of the child doesn’t matter. The name game stays the same. Males get “I” in front of their names and females get “Ni” in front of their names. Birth order matters here. I’m actually the first born, of the first born, of the first born. You’d think I’d be crowned “King of All Friedmans” but my name doesn’t help my standing on this island since “Bobby” (spelled “Babi”, but pronounced exactly the same) means “pig”. When I introduce myself the blank stare of disbelief is uniform. I lighten the mood by making the joke complete for them by repeating it James Bond style: Bobby. Bobby Guling. That means “suckling pig”. You see it on signs all over town. It’s a popular dish. 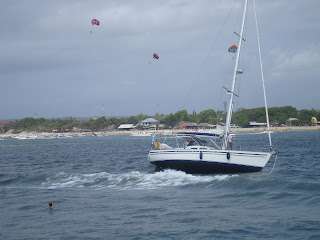 The average American male lives to 72 years of age. You can look that up. It’s a fact. What you can’t look up is how many fleeting moments of that life qualify as brass ring experiences. It’s those rare and powerful seconds that make up a life worth living. They’re precious and irregular. Life’s rich pageant isn’t chock full of glory. The base ingredient is really rather drab, but those seconds that make you know you are alive are the ones we must chase.
You might live 72 years but how many moments really counted? One of Joop Dekkers’ moments came when he found himself stuck on a reef with an outgoing tide at the mouth of Benoa harbor. A few of us commandeered a boat and raced out to help the Dutchman and his wife once he put out the Mayday. I swam the tow line to him. He bought me dinner 2 nights later and what will live with me is the look on his face when he retold this story in his own words: “2 things that I will never forget – 1.) You diving from another boat to swim to me 2.) I said, "I think the Coast Guard will be able to help." You said, "Coast Guard? There isn't any Coast Guard. We're all you got."

…One of my moments came when he told me this with tears in his eyes. It choked me up then, and it chokes me up now. That’s one of those rare precious moments that puts the chill in your spine.

And I’ll own it forever.

It’s good to be home,

Capt Bobby Guling
Posted by Bobby at 6:05 AM 1 comment: