I was so excited the day I left the States that when I stopped at a Walmart to buy batteries I accidentally walked into the ladies room. I didn't see any urinals and just figured it was a handicapped bathroom. The ladies on either side of my stall must have been shocked to see my non pedicured feet facing the bowl. Maybe I was a little more rattled about embarking on this challenge than I was allowing myself to admit. Thank you Tucson!

The Bones of Father Kino

It was an easy border crossing and there were no vehicles trying to run me off the road in order to carjack me. Fear mongering runs wild in my country. I parked that first night on the edge of a pueblo’s plaza in the shadow of its church. This was just about 2 hours south of the border in a charming little town called Magdalena. 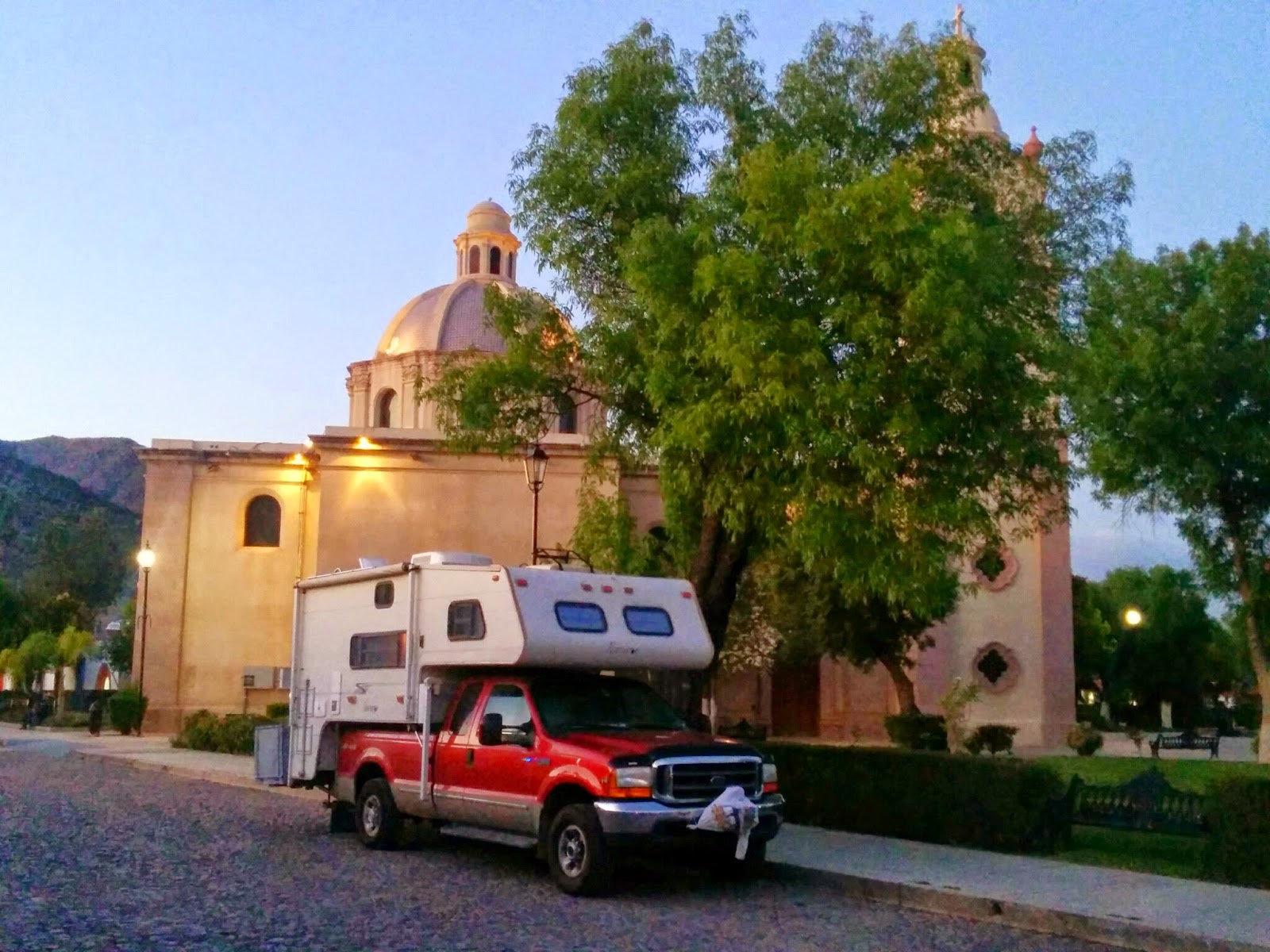 I ate birria tacos and vanquished a couple of Pacificos. The man who served me told me that the place was secure and though it was not customary to live in your vehicle parked in the plaza, the cops wouldn't bother me since I was a turistico, and only passing through. The next day I reached San Carlos. These roads are worse than I thought.

I paid $24 per night and stayed 2 nights at an RV park. I’m pretty sure I hate RV parks. I was the youngest guy by 20 years. I tied on my new hiking boots and climbed the nearby peak to snap photos. I needed to get into character for my role of international adventurer. I’d had great times in San Carlos many years before on several occasions. But now it left me flat. I drove south to Los Mochis. Did I mention that these roads are freaking horrible?

I dodged pot holes all day but at one point there was a vehicle passing me and I couldn’t swerve to miss the sinkhole that was directly in my path. I slowed, but it was too little too late. Man that thing was wide and deep. I dropped the whole left side of the truck into the void in the road. I knew instantly I had a problem. I made it to Los Mochis and checked into another RV park. Ricardo was my helpful host and he immediately called a mechanic to help. Not only did that suspension murderer in the middle of the highway sheer 2 bolts on the mount for my airbag above my leaf springs on the rear axle, it also popped the airbag itself. We drove all around looking for a replacement. None could be found. Los Mochis was just too small of a town.

The consensus was that Mazatlan would be the place to find it, and, with greatly reduced speed, coupled with an eagle eye combined with catlike reflexes – I could get there in one piece. Now I felt like an adventurer! I bought beer and chicken for my 2 new friends and got to bed early.

I slowed it way down. I drove the whole 270 + miles with my hazards blinking. That metronome tick tock noise will drive a person insane. I averaged 32 mph and pulled into yet another RV park in Mazatlan around 5 pm. That was a tedious nerve wracking day.

The new morning introduced me to Pablo; Mazatlan’s best mechanic, who had a Jimmy Smits air to him. He rummaged the city for a replacement bag. The only one he found was used and sunburned and way overpriced. But, it’s holding air and I’ve put another 1000 miles on the truck since then. Trust me; I’ve taken nothing but the toll roads. They are just poorly engineered and full of holes.

A final few words about Mazatlan and then I think I’m done with it forever. It holds the distinction of being the only city of which I can say the following: I have flown there. I have taken a train there (twice), I have sailed there, and now I have driven there.

San Blas was my next stop. I remembered it from my Barraveigh days. I was looking forward to it. This time the rain and the sand fleas were so bad I only got out of the truck to get into the camper. Sorry, no pictures.

One more awful road and I arrived in Puerto Vallarta! My friends Dan and Ashley made it a very soft landing. Dan smooth talked a guard into issuing me a blank parking pass that I have milked for a week. They gave me the wi-fi passwords and a magnetic key to the showers. Their marina fee entitles them to all of the above plus the resort pools. It’s pretty nice here.

Dan noticed the crack. That $3200 cargo carrier that I paid to have fabricated back in San Diego was breaking. The man who welded it would make a great drinking buddy but I don’t think much of him as a structural engineer or a welder. Dan and I spent the whole first day of our reunion finding a welder to add pounds of reinforcing steel. I think I will eventually have to abandon it. But not just yet.

North of here, and especially in the Sea of Cortez, the surroundings could be called “starkly beautiful” on a generous day, or “god forsaken” on any other. I prefer the tropics. It’s good to be back. Cassava grows next to bananas on the sides of the roads and papaya trees show off their intricate trunk patterns as they climb above the dense undergrowth.

Dan and Ashley have been turning into little raisins during their 5 months in the tropics. I promised I would take them on a road trip and treat them to some high mountain air and cool evening pine scented forests. Their only job was to pick the spot. Boy did they choose a winner. We parked our first night in the only flat spot in the whole town, which was right next to the plaza that the Spanish had built in 1605 when this was a mining town. The next day we climbed a hairy road to camp on top of the mountain that overlooks the valley that holds San Sebastian. I love camping. Even saw a mountain lion rummaging through our trash one night. It was a splendid trip and I didn’t even break anything. 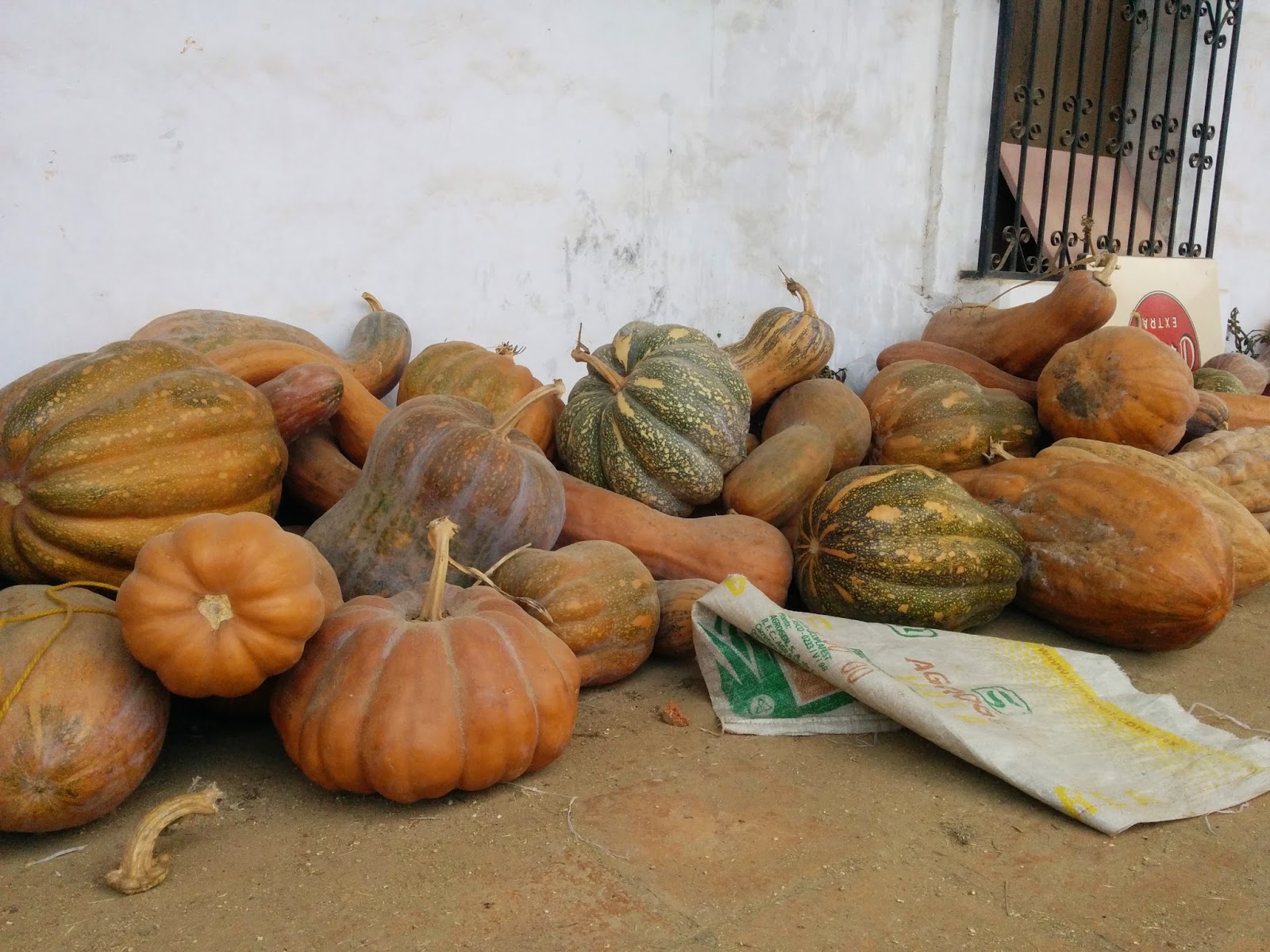 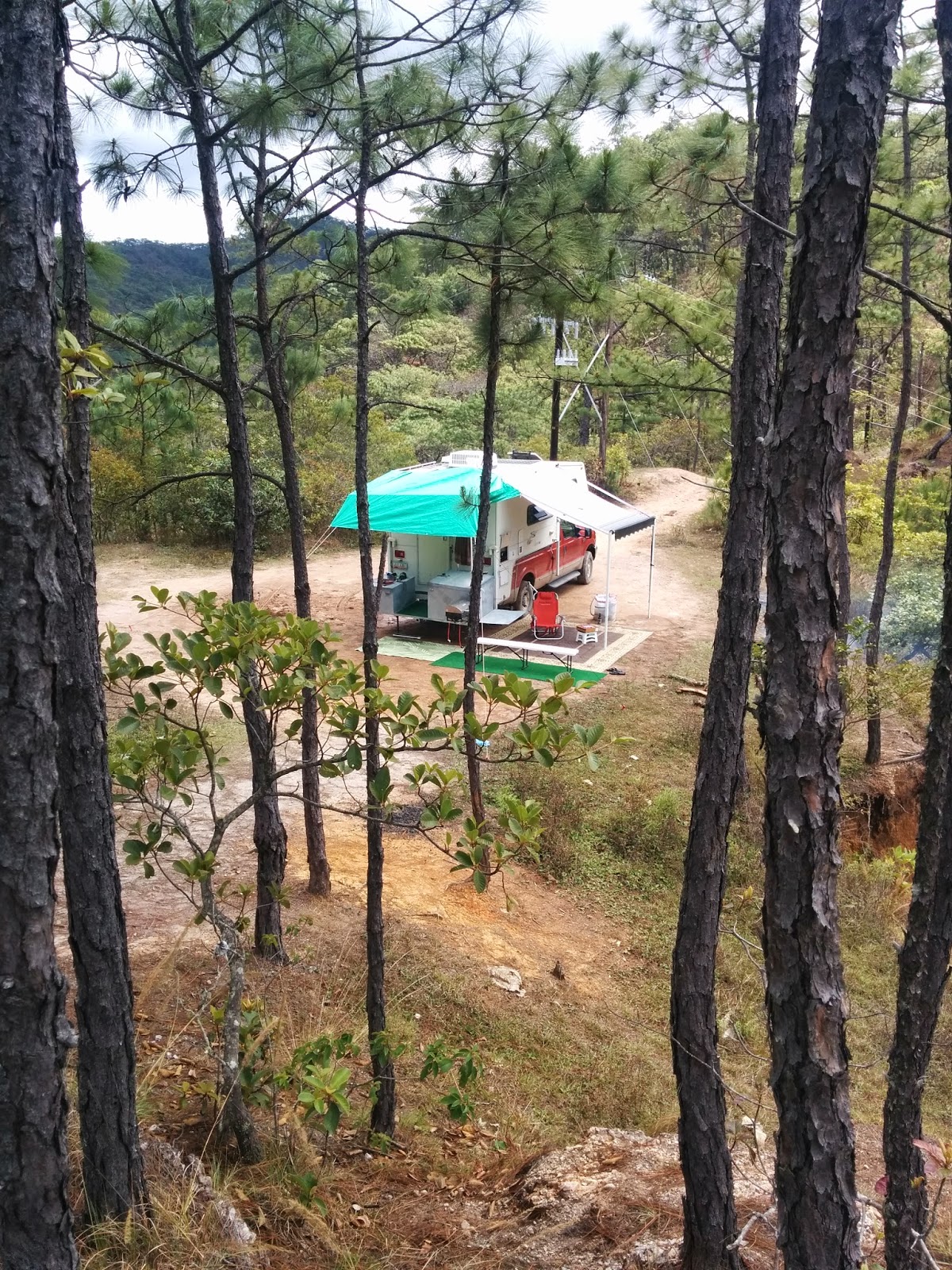 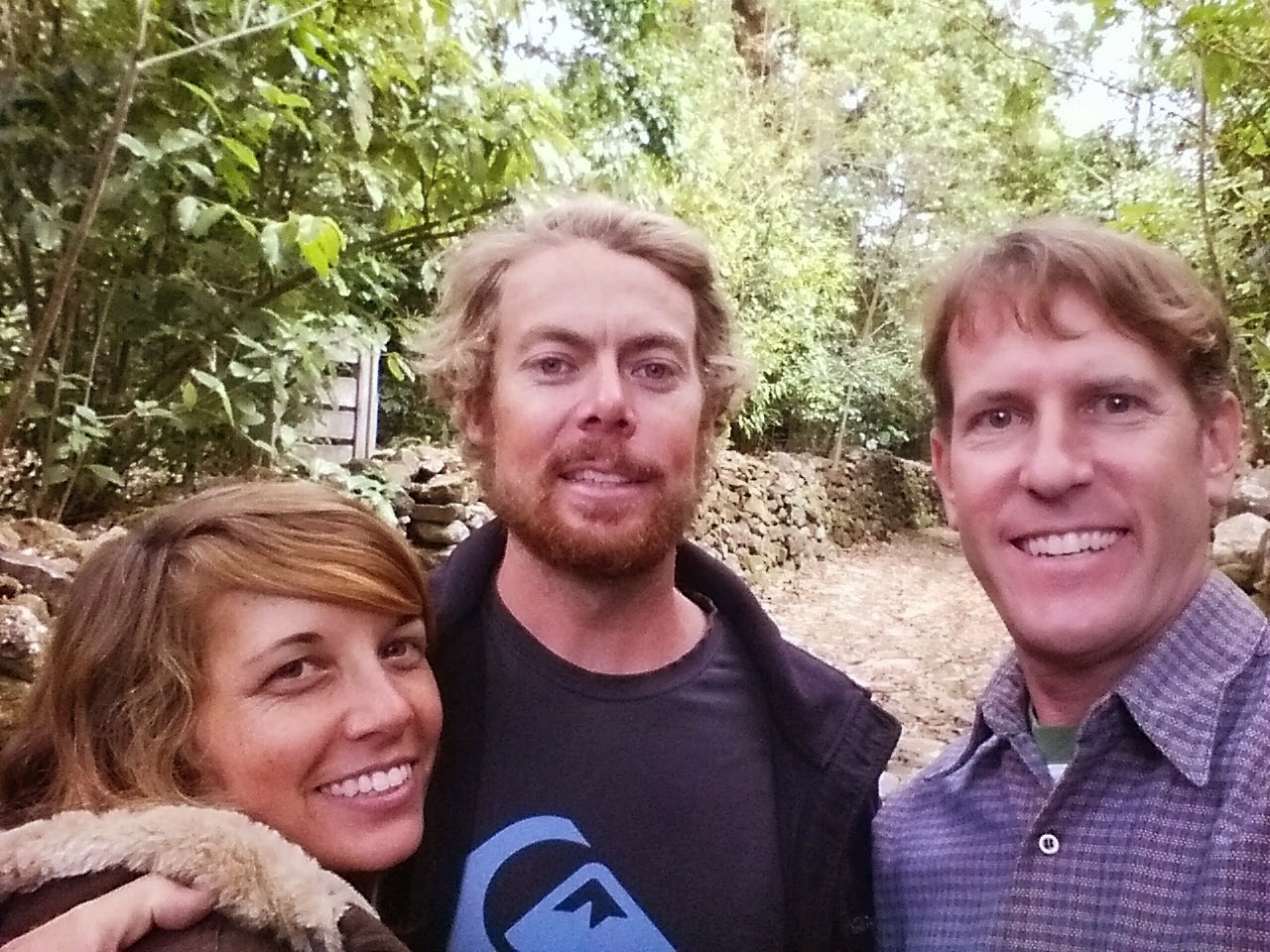 
Just a few hours ago I waved bon voyage to Dan and Ashley as they head 3000 + miles to Fatu Hiva in the Marquesas chain of islands in French Polynesia. Suzi and I did it. It wasn’t easy, and I was forced to reflect on that voyage vs. my current outing: Elsie is “consequence lite”. Barraveigh, and their little boat Coyote, not so much. They showed some brave faces and swallowed the butterflies that I know were fluttering. God that’s a long passage on the world’s biggest ocean. My hats off to them while I embark on my next leg …… 19 miles to Punta Mita to surf my arms off. Everything on land is SOO MUCH EASIER!

We miss you. Enjoy your next "easier" adventure!