From Mexico To Belize
It’s such a shame that your first and last impressions of a country when you drive the continents are border towns. Border towns have mastered the scam, and are quite adept at money extraction. I got gouged leaving Mexico and gouged minutes later upon entering Belize. I’ve done a bit of traveling. Belize was my 56th country.  I remind myself that my final moments in Mexico are not indicative of the nation and that my entrance into Belize will improve. 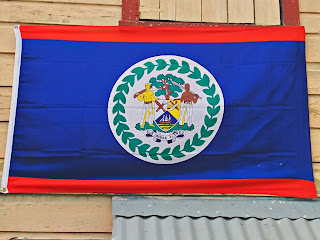 It Will Improve, Right?
These are my first impressions copied from my diary – “Nice to see signs in English. Nice to Speak English. This beach and the water sucks. Kinda like a poorer version of Mexico with black people and rasta accents. It is a bit of a culture shock – from brown Spanish to black Kriol. They speak pidgin. The first guy who approached me when I queued up after crossing said, ‘Hey mon, you made it! No more Spanish. You free mon!’ I can speak Spanish better than I can speak Kriol.” 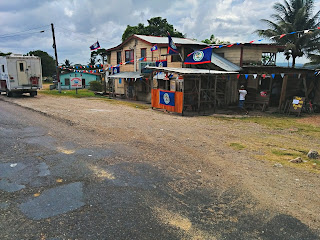 I paid $6.50 US for a gallon of milk, & $7-8 US for each lunch entree. Rents are high and so are fuel costs. Mexico and the other C.A. countries are much cheaper. I theorize that the reason it’s so expensive is because they speak English (sort of, that accent isn’t easy and the “other” language: Kriol, is unintelligible to an English speaker). That allows them to charge a high premium. 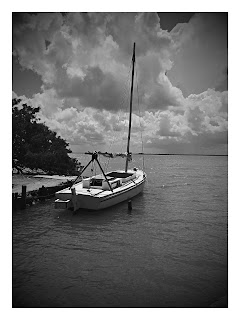 They keep jacking up the price and the tired lazy ex-pats keep coming because they refuse to learn Spanish and live in one of the neighboring nations.

Kriol
It’s just bad lazy English. They all speak English & Kriol, and I made a point of asking several people which is easier to speak, and without any hesitation they all stated Kriol. The rules are simplified. You don’t have to think so much. They’ve dumbed it down. Actually, now that I think about it, wouldn’t an English citizen say that they are just continuing the bastardization that the American’s started? So by that logic, maybe the Creole’s have perfected English in the form of Kriol! Click here for some Kriol examples

Stay with me. It gets more negative before it ramps up to positive but sometimes Banana Republics have a slow start.

The Water Is Subpar

You need to have a boat to get you to the Cays for any clear nice water. The stuff that laps the beaches of the mainland is brown, with no visibility, and enough Sargasso grass to feed a large Japanese hamlet.

I had no idea this is what was awaiting me and it was an unpleasant surprise. You always hear about this "wonderfully clear Belizean water". I thought all I had to do was park and walk right out into the calm crystal clear Caribbean and snorkel my guts out. WRONG. To get out to the Cayes is very expensive and then once you are out there  .... CaChing! They got you trapped and the number at the bottom of the tab swells like the dead fish on that mainland shore.

There are lots of natural attractions but just about everything requires a guide. They have a half-nelson choke hold on all things fun and you have to hire someone to do what you could do on your own. Smart for them, bad for you. Also, there is no surf. Zero.

Sorry - I like it but it really makes Mexico shine and makes me wet my lips for Guatemala.

Of course my answers are subjective and your experience may be completely different and lead you to an opposite conclusion, but mine is the following: "Yes, Belize has a couple charming places, 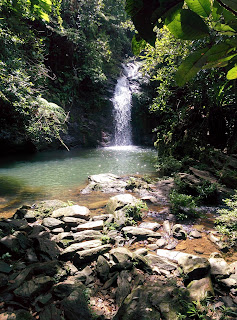 the people are wonderful and the fact that the country speaks English (kinda) is a huge plus, but the good comes at an expensive price tag, and in my book, the bad outweighs it. Look, go everywhere and make up your own mind, but if you are foolish enough to take my word as gospel, Belize might be the one country you can skip in Central America.

They Only Became An Independent Country In 1981

I’m feeling a little surly, so do your own research. I just thought I’d give you the google topic.

Placencia
There is a muddy little town at the end of a very very long peninsula, 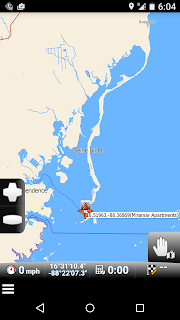 and take it from a guy who normally lives on a peninsula (S’Mish!) this place has got legs, is going places, and should be on your list. Stop at nothing, go to Placencia, for it has my full endorsement. 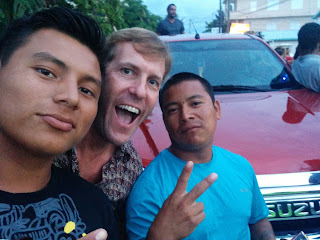 That’s Oscar Boo, and Reynaldo too. I love all Mayans. I had such a great time with these guys. Every once in a while someone makes you forget how old you are, what an outsider you are, and offers inclusion. That’s the traveler’s brass ring. This little spot on the map has oodles of charm. 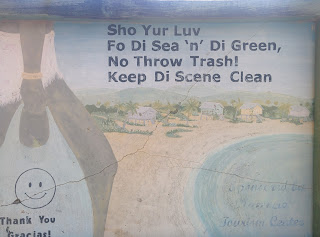 The Tipsy Tuna has luke warm beer. I prefer the Barefoot Bar right next door. But it was at the Tipsy Tuna that I met Chris and Joe

Skabenga! (It Means “Scoundrel” in Zulu)
And just that fast I was a sailor again. I rushed headlong into securing Elsie. I parked her at the marina, hired an idiot to look after her, and moved aboard Skabenga. She’s a 2010 Leopard 46 made in South Africa. Most of my contemporaries are overlanders now so I won’t go into the full boat fiend description. 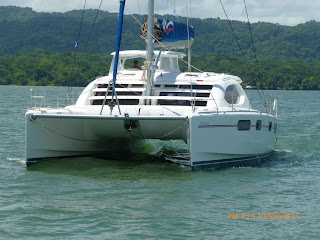 More on her performance in the next dispatch.

Thin Water!
We left the reputation redeeming town of Placencia and sailed north. Our first anchorage was a low mangrove that barely qualified as an island, but is typical of the Belizean barrier reefs. The next day I put Skabenga on a sandbar and Chris the owner had to plow matching furrows to get her back into the barely passable fairway, so much for impressing anyone with my skills at the helm. We made landfall at Caye Caulker and enjoyed the fact that the only thing that is paved is the runway.

The next day we pulled anchor and motored to Ambergris Caye. We did our final provisioning, drank lots of rum,  and after a scare at the customs office, finally got stamped out and we were cleared for the Big Salty.

Bobby
P.S./ Sorry about the horrendous formatting. Help me!

Wow I can't wait for more, and the movie based on your fascinating adventure