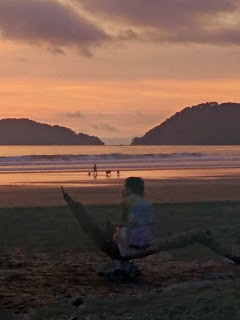 Lets’ get the bad stuff out of the way first so I can end on a positive note. If you were a beautiful girl with messed up teeth, you’d fix your teeth. Costa Rica, you are a beautiful girl but you can eat an apple thru a tennis racket. 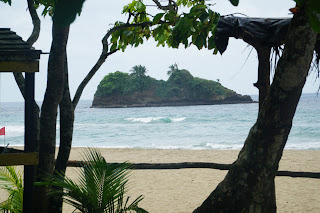 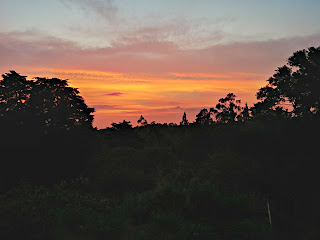 You don’t have an Army, Navy or Airforce. With all that money you save - perfect your roads. The majority of them north of Puntarenas are atrocious and the last 30 miles on the Carretera Interamericana into Golfito are absolutely dreadful. It’s like driving on a patched quilt. What a joke. They’ve been temporarily repaired so many hundreds of times that whatever level may have originally existed is long gone. 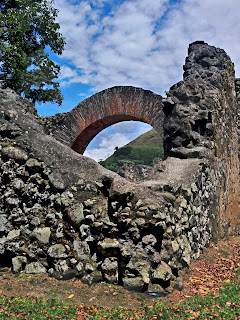 I couldn’t drive faster than 20mph. I would imagine this must be what a road looks like after it’s been cluster bombed. It’s fragmented dirt with cement remnants and huge craters that I can’t always fit between my tires.

The only thing bad roads are good for is “mandatory vibrato”. Everyone sings better while driving in the third world because the bouncing on these lousy roads makes it inescapable.

Adventure Lite
It’s a good starter country for a rookie traveler. It’s safe, the paths are well trodden, you can drink the water, and you don’t even need the local currency. I saw a 25 pound rat. I thought I had seen my first capybara. No, it was a rat. This is what happens when you saturate a third world nation with a rich expat populace. 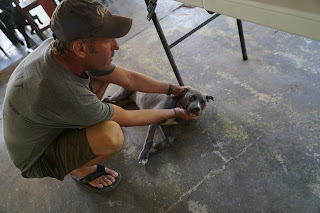 Even the vermin can overachieve on the detritus of this country. Here are the signs that a town has gone “white” (Large expat community): 1.) A humane society for animals. 2.) A proper deli with quality meats and cheeses. 3.) A craft brewery. 4.) White expats organizing trash pick-ups. You’ll find these all over Costa Rica. I’ll let you decide if that’s a good or bad thing. 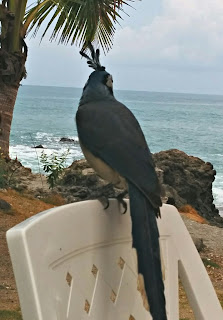 If you thought Cabo San Lucas and/or Cancun were the epitome of ruined Latin America, you would be right, but Costa Rica is closing in. When I was here ten years ago I disliked it. Too many gringos and the prices were ridiculously high. It’s worse now. But – something happened this time around. I got it. It really is beautiful and its charms aren’t all fake. 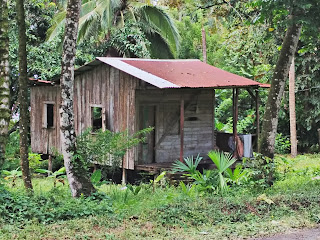 I’m not buying into the Pura Vida marketing hype, but Costa Rica does have some magic. I’m not sure it warrants the price tag, but I see the shine, and I really enjoyed my 3 months there.

Now For The Good Stuff! 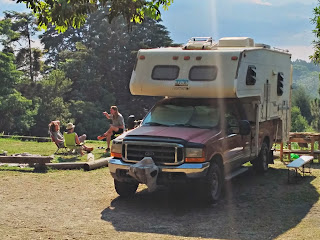 I stayed for well over a week at what was essentially a hippy commune in Monteverde. The temp was delightful, the rum was communal, the people were beautiful, albeit a little ripe and gamey. “Hey, they’re just water conservationists!” We hiked to waterfalls and they made music almost nightly. It seemed as if everyone played an instrument. Everyone but me.

The Coastline From Jaco To Uvita 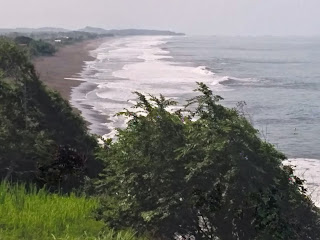 Jaco - When I was here 10 years ago it was all hookers and drugs. Now it’s hookers, drugs and casinos. I guess some things do get better. 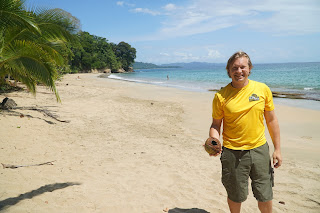 I got a friend. This guy is such a pleasure to travel with. Meet Matthew Evert. He flew into San Jose, immediately got conned by the taxi driver and then rode the bus to Puerto Viejo. 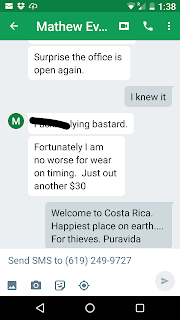 I met him there and the drinking binge began. I was parked at Punta Uvas. All of this is on the Caribbean side of Costa Rica and very much worth visiting. We snorkeled the Atlantic, hiked and caught fish in the high altitude ponds of Tapanti and then surfed the pacific. 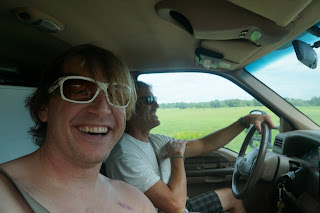 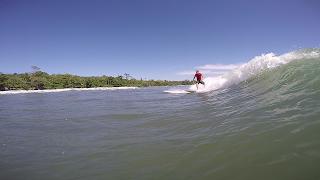 If you pronounce it like a gringo it sounds absolutely filthy. I love saying that word. (My other favorite Spanish word is “cunada”. 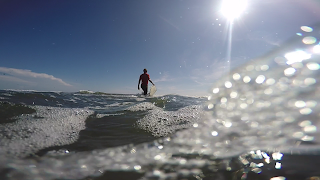 It means sister-in-law but doesn’t it sound like the dirtiest of insults?) I had never surfed the Caribbean before. One foot waves still count right?

Limon is Sketchy
I’m not a doctor but based on the appearance of the people I saw on the street, I think there is a lot of meth in that town. I locked my doors and rolled right thru it. 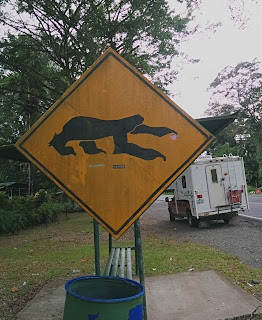 On the way back I did pick up a hitchhiker even though I swore I never would again but this time I had Matthew with me. 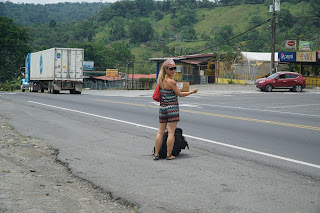 “The hardest part is yet to come. You will cross the country alone.” ~Death cab for cutey~

Maybe one of the best things about the countries of Central America is how easy it is to swap coasts. 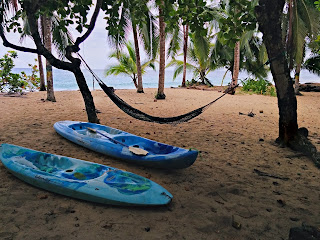 Snorkel on the Caribbean, surf on the Pacific, and cool down in the middle while passing over the high altitude spine. I drove across Costa Rica twice and the road that got me there was one of the prettiest drives of all of Central America. From Dominical to Cartago the road runs the length of the central corridor mountains and puts you in cloud canopy rain forest in complete white out conditions. It was really wild. 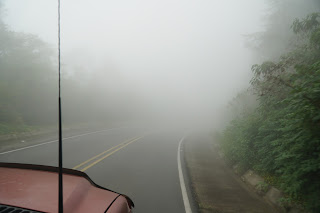 Poor People the World Over – Not Just Central America
"Have many children do you have? Have you built your house yet? Did you make it strong against the hurricane? What are you growing this year?" 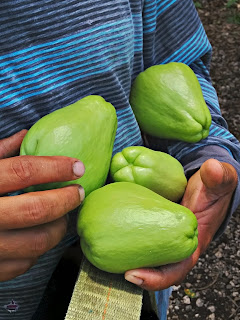 You can't grade an uneducated undeveloped populous by the same criteria you would use on an educated first world urban populous. We ask things like, "where did you do your under grad". Or, "how was your trip to Bora Bora?

They are no doubt just as smart, but their intelligence is unarticulated due to a lack of education. 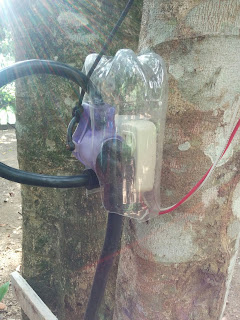 You need look only a little deeper at their creative engineering to realize that the brain power is all there and then some. And though they don't hop on jets to Bora Bora, they have fascinating stories about finding Mayan ruins in the jungle. They just don't know how interesting that is.

Their lives are spent raising children and toiling anonymously in a field. The contemplative life requires surplus, and when you practice subsistence living there can be little leisure time to entertain higher thought. Hence, the conversations end somewhere after agriculture, child breeding stats, and building materials. 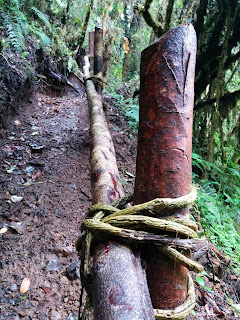 Usually, it devolves into a mutual agreement about how lovely that woman's bottom is. (Full disclosure: my Spanish and Bahasa are still a long way from perfect so if you disagree with me, here’s your silver bullet)

You with me so far? Good. Now hang tight, because here comes the subplot, and you get the dangling participle for free. Working to improve my Spanish, the intellectual conversations still seemed to elude me. I wanted to learn the language so I could have deep meaningful conversations with the locals. What I found instead was that the average locals have sixth grade educations and the chances of a deep meaningful conversation are about as likely as discussing Nietzsche with the beach savages back in S’Mish: “And that’s what he meant by Ubermensch”. “Dude. Did you see the waves? Dude, they are Sick!” 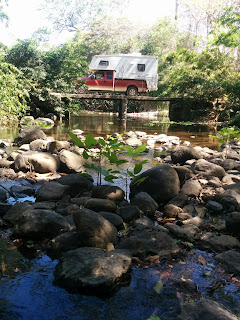 I never really needed to learn Spanish. The educated people speak great English. But I am anyway. It’ll be a lifelong effort and I’ll forever need retuning (my next formalized classroom awaits me in Colombia). I find it interesting how the end lesson is often different from what we were expecting.

Back To Our Uneducated Populace
They should be graded on the following: 1). Honest 2). Helpful 3). Humorous. These are my 3 H’s of determining whether a people are great or not. Honesty – it’s the basis of all that is real & good and without it we have no foundation for any relationship at all, and that goes for every human in every situation. Period. Helpful – I might be a simpleton but Ray Allen once said, “Being ‘nice’, goes a long way”. I couldn’t agree more. And humorous? I’ve always found that if a people are quick to smile, able to find common ground in a joke, and willing to drop their guard, which is the prerequisite to laughter – we’re gonna do just fine. So… provincials the world over – I salute you, I want to meet you, and I apologize in advance for my remedial Spanish and caveman Bahasa Indonesian, but please forgive me when I tire of our repetitive discourse on the subjects of  3rd world small talk. Really? Am I such a bastard for saying that? Come on ex-pats, tell me who you spend the majority of your time with. . . . ? Yea, I thought so. 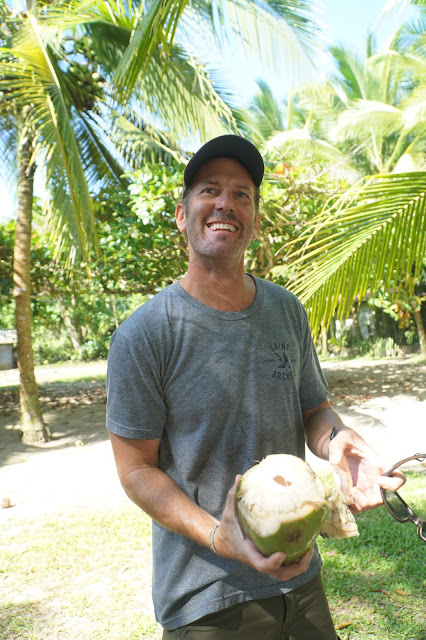 Your man on point,
Captain Bobby
Posted by Bobby at 11:40 AM 1 comment: