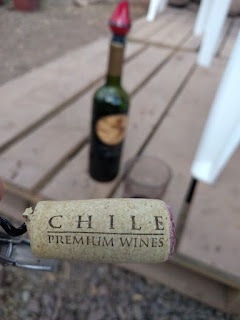 We fell in love with Chile but it didn’t happen overnight. Actually, the spark didn’t ignite until our second pass through the country. Here’s Part 1 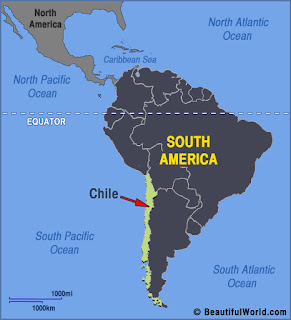 Chile is a fickle woman wearing high heels while proudly sporting anorexia. She doesn't really use her coastline but she sure as hell isn't going to let Argentina have it. She's dangerously skinny and freakishly tall and she can't make up her mind if she wants to be a gardener in the south or a desert witch in the north.
We entered through the northern city of Arica. It was the first of many times I would drive into Chile. Their customs control is notorious for throwing away food, spices, and other treasures. We got really lucky when the official made it obvious he would rather practice English then toss delectables. We sacrificed lemons and onions and hid the good stuff. This would become an ongoing theme for every border crossing.

Obsolete Over Night
Humberstone was the world’s largest saltpeter mine from 1872 to 1960. The profitable mining for nitrates used for fertilizers and gunpowder ruled the industry of northern Chile for about 100 years. 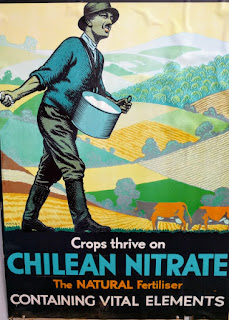 Now you see empty ghost towns bleaching out in the world’s driest desert. The Atacama holds the record for the least precipitation on the planet. From 1570 to 1971 it went 400 years without rain. But the natural saltpeter industry didn’t last that long. 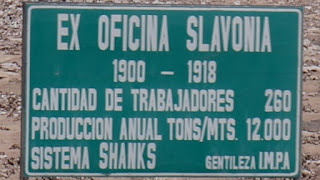 It collapsed almost immediately when petrochemicals replicated the nitrates in the lab. Voila! – Instant ghost towns. They call them “Ex-Oficinas” and they dot the landscape.

Quillagua
We parked in this out of business village which is literally an oasis in the middle of nowhere. There is nothing but sand dunes for 300 miles in every direction. 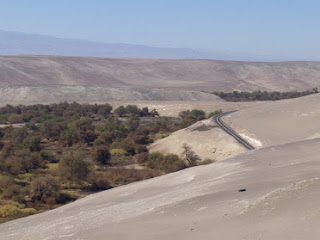 A bleak polluted river runs through it. Before the mining industries moved in this was an urban center of antiquity amongst these harsh deserts. While we mooched open wifi from the municipal building I asked the school teacher if there were any archeological ruins nearby. “En realidad, la señora en esta casa tiene una museo para mommias.” A mummy museum!?! Vamos!

Feliza was deep into her 70’s and had a bad hip. She showed us the contents of her garage that had been converted into a venue for mummified corpses and any other archeological findings the neighbors found over the preceding 3 decades. Some actual archeologists past through in the 90s and dated everything from 500BC to 500AD. That's makes it all between 1500 - 2500 years old. 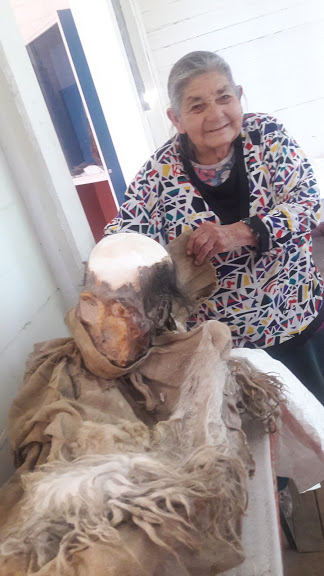 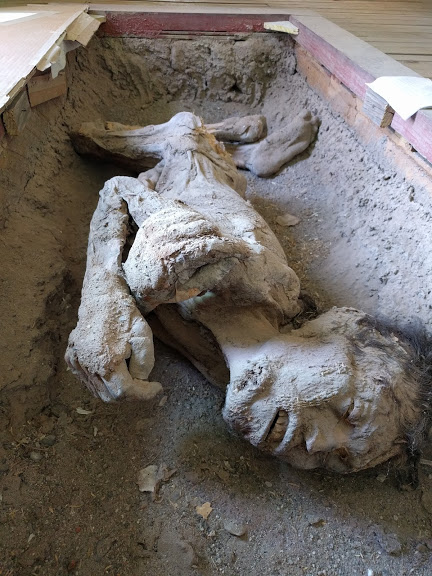 “Where did this come from?”
“Up there in the hills”
“Yes, but where exactly?”
I hired her son the next day to drive us up there and show us. From 1832 until 1932 this entire part of Chile was gobbled up by the mining concerns. Caliche is found on the surface layer of the ground and they stripped as much as they could. In so doing the miners uncovered graveyards that they tossed and looted. We combed through the remains of their tomb raiding and found the following: 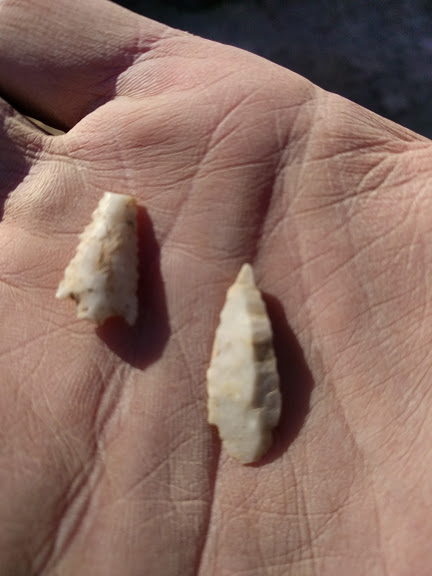 TalTal
The drive south didn’t disappoint. Sure there were near endless miles of desolation but it was punctuated by charming seaside towns with vistas to die for. 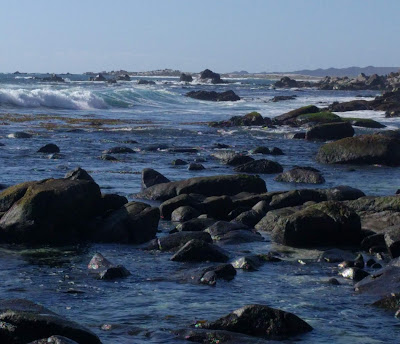 We parked on the waterfront and spent 3 nights eating seafood and walking the cute part of town. 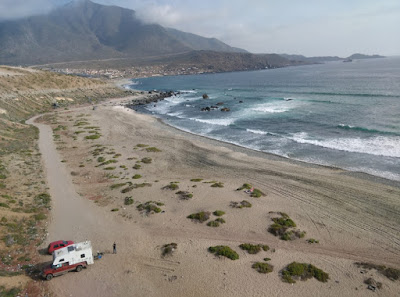 Birdy Mae Breaks A Pelvis
My poor sweet mother fell and broke her pelvis and clavicle. I found a safe place to leave the rig with Aleja and flew home to help. At first sight I thought she would never make it out of the hospital. She looked so frail and bruised. But once we got her discharged and the therapist sessions hit the double digits, her recovery was incredible to watch (It’s 19 months later and she barely remembers it. Full recovery. You can’t stop these Irish farm girls). 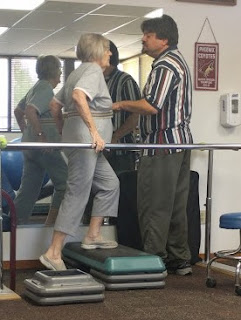 I also realized that the hipsters are skewing the global average that third world countries have more mustaches. Come on guys . . .

I flew back to Chile and we started driving again. 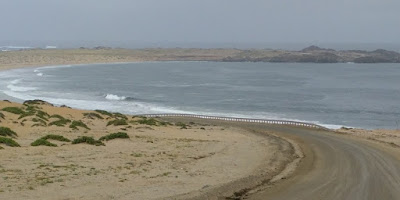 Vicuna
This is the town I left Aleja in to wait for me while I went home to help The Momma for 38 days. It’s a great little spot in the middle of grape country. The grapes aren’t used for wine, they’re used for pisco. You already know about pisco sours but here the quality is so good it’s worthy of sipping neat. 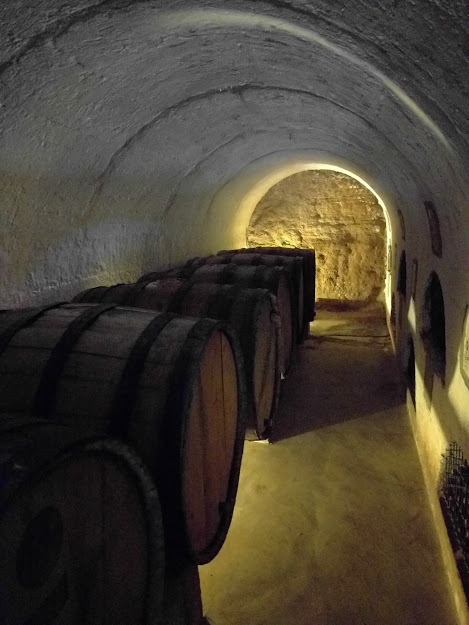 Santiago
How much did Santiago spend on these tunnels? Criminy! You can drive halfway across the city and be underground the whole time.  It looks like a world class city to me and Chile is now a first world country, but the air quality is certainly third world. My 4 questions to determine if your country is ready for me:
1. Is it illegal to drink and drive?
2. Is it illegal to smoke indoors in a public area?
3. Do you have vehicle emission controls?
4. Do you respect quiet hours?

If the answer is yes to all 4, I’m coming for a visit. Even one “no” and I’ll still go, but you’re gonna hear about it after my 3rd beer. (This is the moment scholars will point to as evidence that the author became officially old and unpleasant)

Random Thoughts On Chile
Pedestrians actually have rights in Chile. People will step into the zebra without looking. Don’t try that anywhere else in Latin America. You’ll be killed instantly and the cop will wedge the ticket into the mouth of your corpse.

One of my first impressions of Chile was the food expense. It’s expensive to eat out, however ounce for ounce, a bottle of Gatorade costs as much as a good bottle of wine. Chile is 20% more expensive then Peru, but it’s still cheaper than the USA, however the gap is closing. 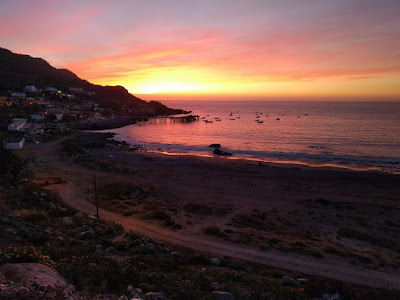 We returned to Chile, and that will be covered in Part 2, but first we entered Argentina.