I literally had to fly around the world for one signature at my bank in Bali. It was the dumbest most expensive inconvenience ever. The Indonesians will never colonize Mars (I’m writing this from Bali and that’s all I have to say about that). We returned to Uruguay and drove for a day to get back to our friends Ana and Diego in ….. Belen De Escobar, Argentina! 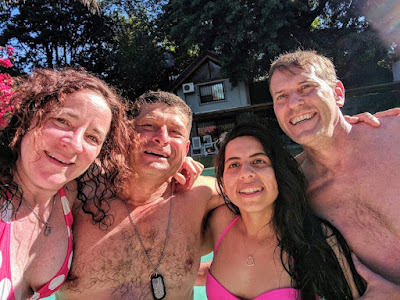 Buenos Aires
Because we love Buenos Aires so much we parked for another week in the Puerto Madero section of the city and enjoyed the restaurants and night life. 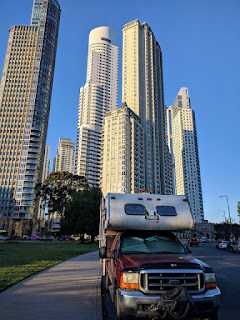 The Upcoming Route
Argentina is a large country that has vastly divergent biomes. The only portion of the country that we hadn’t experienced was the northern hump that would deliver us into Bolivia. So once again we set off to cross this country and serve as witness to the rest of what she offered.

The air pressure is correct. The engine fluid levels are topped off. The gray and black water tanks are empty. The engine has reached 180 degrees. I put it in drive. God I love a road trip. Let’s go see something we’ve never seen before. 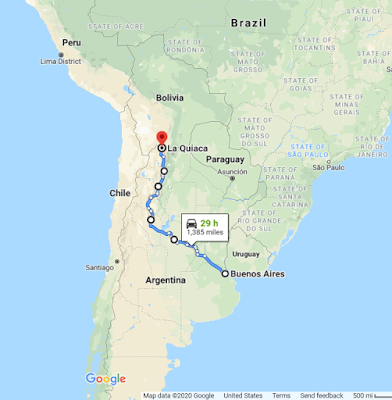 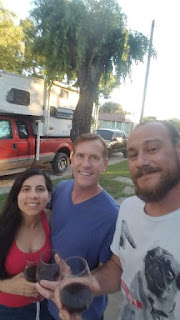 We’ve now traversed this nation so many times that we have friends we keep dropping in on. Rulo, Sere and the Alicia crew always welcomed us with open arms.


How to Talk To Children

Rioja – A Furnace With A Great Museum
We’d suffered the frost of Patagonia so it was only fair that we spent time melting in the oven that is Rioja. The highlight for me was the museum. You know by now that I’m a sucker for Pre-Colombian history and tangible artifacts make it so real. This place was a first rate brass ring winner since we got some “hands on time” in the office after befriending the manager. 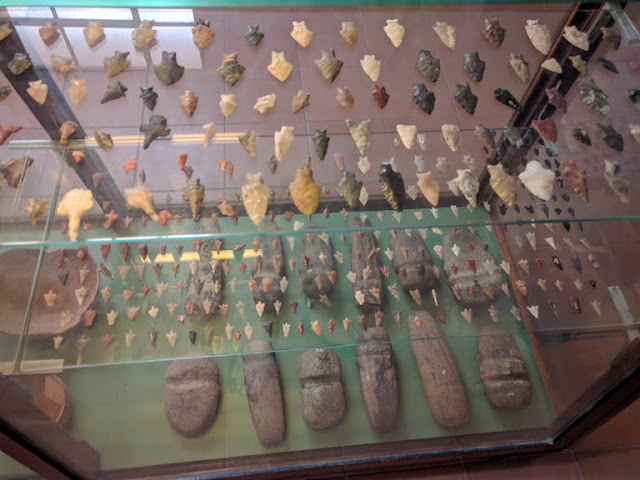 Questions For The Road
Q: How can you tell that the dirty backpackers you are staring at are from Argentina?
A: Because of all the juggling equipment hanging off their backpacks
I’ve met them all over Latin America. The Shargies love to travel and are all broke so they develop their juggling skills and perform at red light intersections all over the world. Give those tan dexterous jugglers your change and a smile

El Mollar Ruins
The ruins we came to see turned out not to be the highlight. These totem pole looking stone pillars were collected from all over and brought here. It didn’t feel very authentic. The lady who owned the property we were camped on told us about some ruins up in the hills if we wanted an adventure. Her dog came along as security. The vistas alone were worth the hike. I love playing amateur anthropologist and walking among the ancient footsteps as they whisper their stories. 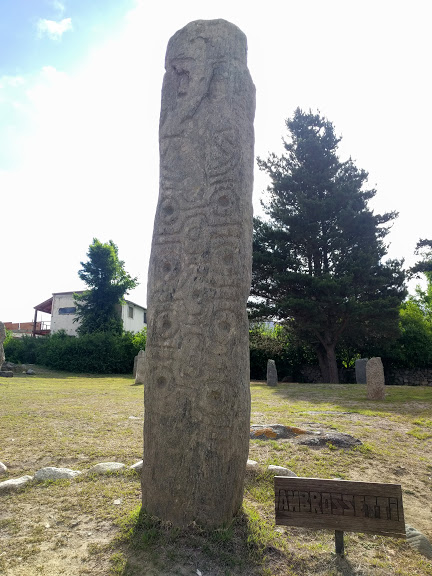 The ruins are in the foreground on the top of the hill
That Look
If you ever doubted Elsie was a freedom machine, then I wish you could see the occasional expression on people’s faces when we drive by a kindred spirit. It’s a moment of recognition in which their jaw goes slack, their eyes swell, and that beautiful human spark that is ignited by the wonderment of total freedom gets beamed right back at us. That look is so precious to me. 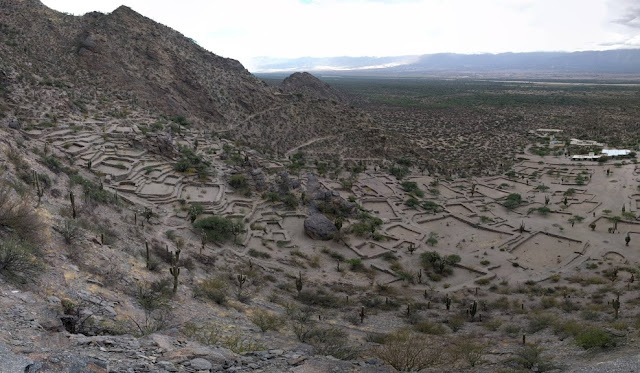 The story of the Quilmes people will break your heart. They successfully remained independent against the aggressive advances of the Inca for over 100 years. After the Spanish defeated the Inca in 1532 the Quilmes fought for their survival against the Spanish conquistadors for an additional 135 years until ultimately starved out in 1667. The 2000 survivors were then forced on a death march to Buenos Aires and the last 1000 were caged on a reservation until they finally went extinct in 1812. The national beer of Argentina is named after them. What a shameful tribute.

Fizzy Water
Soda is so important to the Shargies that they get deliveries like we used to get milk on the doorstep. That’s the truth. A delivery service drops it off and picks up the empty bottles. They even named their most famous band Soda Stereo. They mix it into everything: Fernet, wine, anything. Yep – they put soda in wine. I’ve seen them do it.

Cafayate
I almost bought land here, that’s how much I love this valley.  If their economy wasn’t in free fall I would have. There are grapes that grow at this elevation that produce astoundingly fine wines. Their gargantuan haciendas produce excellent free ranging beef. The sky is colossal and the vistas from either side of the mountains across the valley floor to the next range will suspend you in silent meditation. The sensation it radiates is one of freedom, fresh air and immensity. A man could breathe deeply here. 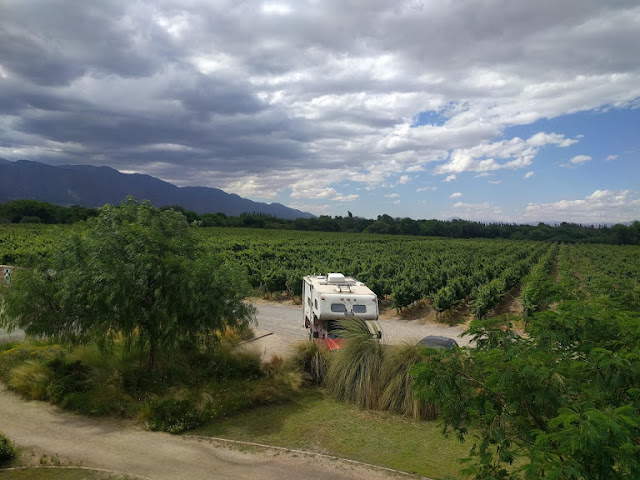 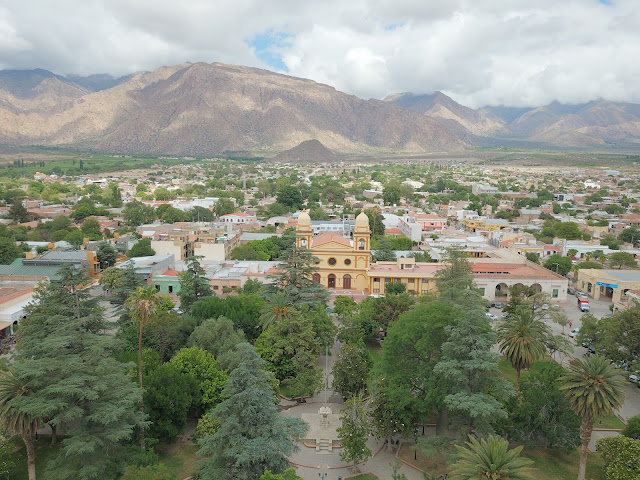 We met Miguel & Marine and their puppy Luna when they parked near us. It was a nice surprise to realize Marine and I shared a birthday and it was only 10 hours away. We celebrated in this lovely pueblo and have been friends ever since.


I Drink The Sherbs
Yerba mate – The yerba is the plant material. The mate is the cup (originally a gourd in days of old and still common today). It’s a highly ritualized, excruciatingly complicated way to drink tea. You’ve seen tan handsome people sucking on these metallic straws pulling a liquid from an ornate cup, refilling it from a thermos, and never knew what the hell was going on.… Next time, say “Como le va” and introduce yourself. It’s either a friendly Shargie or a bored Uruguayo. 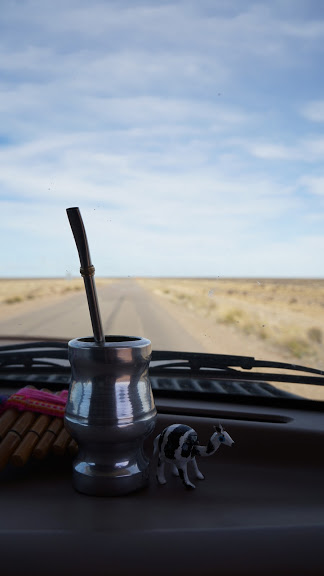 Salta
We literally parked at an archaeological museum for 3 nights. Yeah – I got a physical anthropology addiction. Part of the reason for our delay was the visa process for Bolivia and the vehicle insurance issue that is always an ongoing hassle.

We went to a frozen museum which replicated the conditions under which these Inca children were sacrificed on the top of a volcano. They were perfectly preserved for almost 600 years. Sorry, no pictures allowed

We had some close calls in Argentina 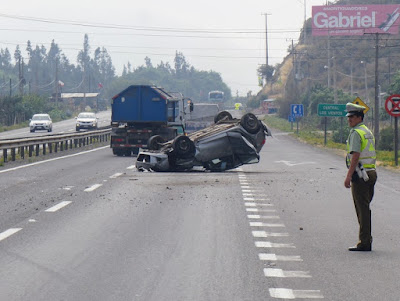 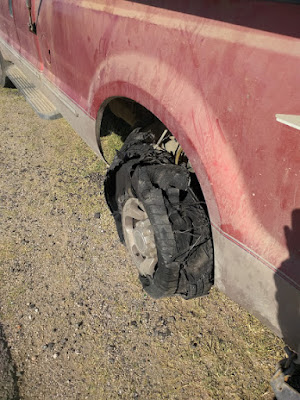 The Double M’s
The Shargies love milanesa and mayonesa. As if they don’t get enough cholesterol from all the beef they slather everything else with mayonnaise. Do you know what milanesa is? Beef, Chicken or pork that is pounded flat, breaded and then fried and….usually dipped in mayonnaise.

Sherbs, Asados, Wine, Milenesa, Mayonesa, Soda, Juggling and boisterous camaraderie. Are you starting to see how much fun you could have down here?

Purmamarca
It’s fun to type, but more fun to say. Purmamarca is a charming little colonial pueblo with gentle weather and that artistic refuge sensibility. This was a place we could slow down, drink cold beer in the plaza and conjure images of days gone by. The view from above the town wasn’t hard on the eye either. 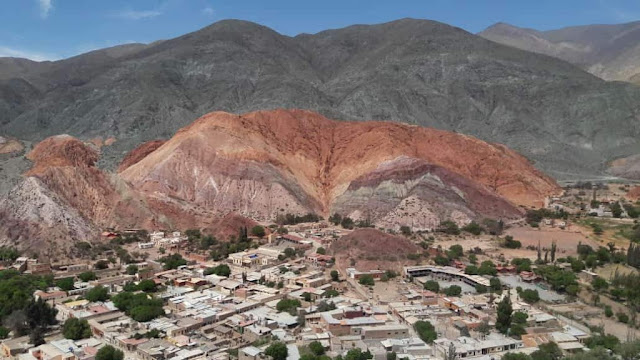 Humahuaca
We camped above a soccer field and made the long walk into town to again stroll the cobblestone streets of an old colonial pueblito. The other allure was outside of town at a place called The Mountain of 14 Colors. It didn’t disappoint. 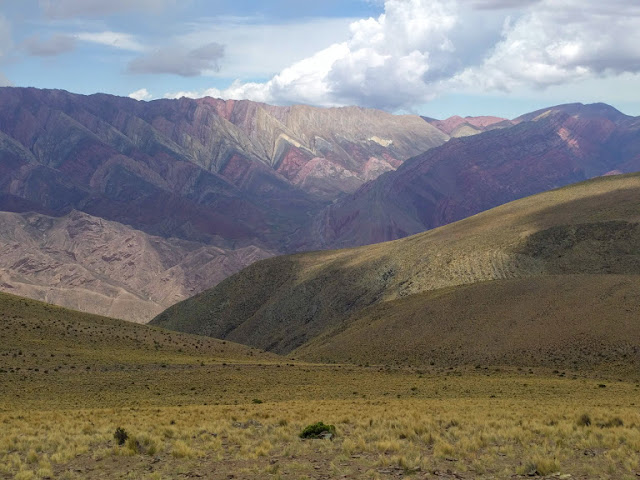 In Conclusion
My first impressions of Argentina when we crossed that original time from Santiago over the Andes at Paso Libertadores were of collapsing bridges and terrible roads. Not a good sign, however, it didn’t take long for the natural landscapes to pay the debt of the man-made structures. And then we met her people, and the bud really began to blossom. Add to that the majesty of Patagonia and Argentina carved her name into my soul. From the stinking tubes-o-cute penguins in the south to the archaeological ruins shading beneath palm trees in the north; Argentina is a land that has it all. I’ll always remember her fondly.

Your man on point,
Captain Bobby

I navigated through those life altering reefs and dodged all those looming icebergs. I MADE IT! I resigned my position, rented my house, sold everything else, and left all that was familiar behind. It was Dec 1, 2005. I was a naïve American thrusting myself upon the world in a campaign of adventure. I had accepted the grandest challenge I could think of: SAILING AROUND THE WORLD. It took me 6 years and I made it half way around (San Diego to Singapore) and then my house burned down. I went back to California for 3 years to rebuild. And now? Now I'm driving an old truck with a camper to the farthest reaches of South America and back. These are my stories . . . .