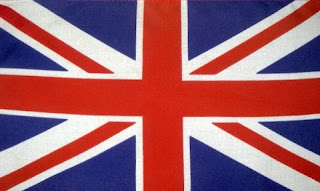 Back in 1991 I lived in Britain for 3 months. One of my first memories is a sign permanently tiled into the wall of a restaurant next to the entrance. It read, “No Prams Allowed.” I thought to myself, “These Brits are very open about their racism. Now who the hell are the Prams?” Turns out, a pram is a baby stroller and the Brits are really rather tolerant. What’s it like living with an English girl? I know it’s completely unlike me, but I’ve compiled a list. I’m not sure how many of the following observations are based on gender differences or Suzi oddities, but I’m going to go with the broad generality that they encompass all British people worldwide.

1. When walking on a crowded street they want to swerve to the left and I to the right.
2. They hate to admit their wrong. “Oh yea – well that would work too.”
3. They believe that if your stomach gets cold you will catch diarrhea – Once you have it, forget the proper meds, just don’t eat for 24 hours.
4. They leave soap bubbles on the dishes after they wash them. They don’t believe a final rinse is beneficial. This is probably the real reason they have diarrhea.
5. They don’t gush. Stiff upper lip and all. “Good job. Well done.” That’s the most you will get in the name of a compliment.
6. They like high calorie food because it helps with survival when you come from a frozen island. Here in the tropics, it just puts the pounds on a person.
7. Their women (Suzi, her friends & family excluded) have more bird faces than any other nation. I don’t even use the word “Britain”. I refer to it as “The Island of Bird Faced Women”
8. They make great tv shows. Do yourself a favor and watch the following: Extras, The Office, Life on Mars
9. They have refined their language into inaudible murmurs. They are the only people on the planet who can whisper & mumble at the same time. It’s either that, or the shrill chicken accent, which will drive you to put an ice pick in your ears. They invented the language, the Scots screwed it blue and we perfected it. Very rarely do English speakers of any nation say that they can’t understand the Yanks. That’s not so for the rest of our English speaking cousins.
10. They leave room for the letter "r", they just don't pronounce it.

Here are some translations:

I’m guessing Microsoft has to use a very different dictionary in their Word program so that the above words aren’t underlined in red. Remember, I’ve been accruing these from Suzi for more than a year, and new ones still pop up. I don’t know who said it but it’s true that “We are 2 cultures divided by a common language.”

Now go out and find a narky Brit who’s poorly and take them to hospital. Be careful that the chav numpty doesn’t spit in a squwiff manner and get catarrh on your trousers. That would be pants because you might become poorly and then everything would be Pete Tong for yonks. What a right palava that would be!