Serene With The Knowledge That Paradise Still Exists 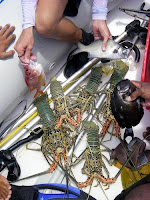 I was in Berlin just 8 months after "the wall came down". It was 1990. There were long tracks of the wall still intact as it bisected the city. Along with my pal Jimmy, I bought a chisel and a hammer and secured my handful of hardened concrete nostalgia. I was back in Berlin 1 year later and the only section of wall still standing was in the museum at Check Point Charlie. The city, as I had remembered it, was completely changed. The "no man's land" between the walls (there were actually 2 parallel walls with a mined death section in between, in case you didn't know) was springing to life with the building of condos. For years, it was the sole domain of some light weight rabbits and the desperate few who tried to broach the gap. How quickly it was converted to the Capitalist dream.

If I'm glad I'm taking this voyage of the world now, then I need to admit that I sometimes lament the fact that I couldn't have taken it sooner. The world is changing so fast, and those places that are pristine and faultless are disappearing at a rate that is disturbing to say the least. But I have good news. There are a group of islands in Papua New Guinea called the Hermits. Off the east side of the island of Luf, and on the outside of the reef, there is an anchorage called Alacrity. I am there now. I beg you to take a gander on Google Earth - 01 29 155 S, 145 07 937 E. The South Sea Fantasy still exists after all. The only other boat here is our buddy boat Emelia. In fact, we haven't seen another cruising boat in the last 1,200 miles since we left Guadalcanal. The road less traveled is paying off.

Never in my life had I seen a giant clam. I saw 30 of them in one day. They sit unattached to any rock, just resting in the sand, in less than 10 feet of water and when I say giant - well, a golden retriever could make a bed in one of these shells. There must be 70 lbs of meat in each one. The visibility has never been less than 60 feet and is often double that. We are anchored in 37 feet and I can make out individual grains of sand on the sea bed. We are so far from the village that sometimes a day goes by without even seeing the local natives. When we do see them it's because they come to this spot to fish. They give us lobsters. Just give. You may have seen lobsters as big as these, but I doubt you've ever seen lobsters as brilliantly colored. It looks as if they've dressed for a rave in day glow tiger stripes and psychedelic greens. There is such an abundance of sea life here that it is now obvious why Jacques Cousteau fell in love with this spot.

I've never been a proponent of religion but I think I love the Seventh Day Adventists for one reason only: They are essentially Christians that keep Kosher. In other words, they don't eat shellfish. This whole island chain has been converted. Hence the prolific populations of clams and lobsters, and the reason they give them to us. Let's all face Loma Linda, CA for a moment of silent praise.

There is an uninhabited island nearby that is our own playground. The reefs are so large and the people so few. There are no air strips, no hotels, no running water, and no chance for tourists. It's paradise, and unless the citizens of the world start buying sailboats and forging their own way here, this place will never be trampled.

My graffiti strewn chunks of German concrete are now stored in a box in my mom's garage, a reminiscence of an era that no longer exists. And someday, if I'm lucky enough, I'll be an old man with nothing but wilting memories and photos to remember this place, but I can say this with near certainty - after all I've seen, and I've been at sea for almost 3 years, there will always be spots on this planet that are so remote that they remain pure. We might have to work a little harder to get there, but boy is it worth it. This is the stuff that makes one younger.

I hope you can sleep a little better now,

Bob & Suzi,
You don't know me from Adam but Mike Basch was kind enough to share your log. Wow I'm enjoying your travels immensely and wish I could be there sailing along with you. I live in Memphis TN now but grew up in Townsville Australia. Like Suzi I have a British background my dad was born in Southampton moving to OZ when he was three. If you get down to OZ and visit Townsville let me know my sister and friends still live there and would love you to visit. OZ is just a short hop from PNG and full of friendly people.
Safe travels and tailwinds all the way.
Regards
Pete Dangerfield
Memphis TN USA