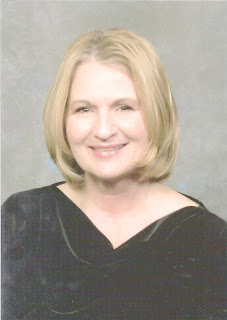 Megan, my live aboard girlfriend, turned 24 on May 24th. On May 25th her mother was killed when a kid ran a stop sign and crashed into the driver’s side of her car. If you’ve ever witnessed someone receive the news that their loved one has just been killed, you know it isn’t something you can ever forget. It’s too painful to describe the scene and I have too much respect for that family to have them read it here.

We booked flights and cried the 27 hours to Oklahoma City. Drinking fountains and country accents are the first things I noticed upon arriving in the country of my birth. South East Asia, my home for the last 10 months, was now the other side of the world. We drove the 1 ½ hours to their 160 acre rural home. I’d seen pictures of it. I’d met Sandy in Singapore. I was unprepared for how hard this would hit me, and I was the most removed of all the people who paid their respects over the next 4 days. She left behind Scott; her adoring husband, 2 daughters – Megan and McKensey, and 2 brothers – Marty and Michael, Richard Coit - the father of her children, as well as many other family members and friends. The whole county sent flowers and the church was packed.

I formed a theory: country folk deal with death better than city people. They are surrounded by it with their horses, cows, goats, strays, coyotes and numerous cats & dogs. I was amazed at the strength I witnessed within these people. They had an outer structure of community and an inner framework of pragmatism that propped them up when I would have been constantly sobbing in my brother’s arms. I just don’t possess their tools. And then there’s my Megan. She cried a thousand tears but she usually had a dull sweet smile on those lips and those electric blue eyes remained clear and strong. As the elder daughter, she exhibited grace and assumed her new role as matriarch of the clan with confidence. She’s her mother’s daughter.

Their friends and neighbors brought food daily and the house was base camp for the mourners who congregated. The sadness of plans never to happen was mixed with the sounds of kids playing. It seems impossible to recognize at times like this but life does goes on. Tears will dry. Serenity will gradually gain footing. But it’s going to be a long painful summer for Sandy’s family.

How can we help? Just be there for them. Let them know they aren’t alone. Sit with them, buy them ice cream, ask if you can help wash that thick haired corgi dog, give them a shoulder to cry on, be a good listener, and suggest activities that free their minds from the pain of their loss.

The plan Megan & I worked out is as follows – She’ll be staying in OK through the summer. She’ll then return to me in Manado on the northern tip of Suluwesi (Indo) in Aug. We’ll continue our romance for 6 weeks and then she’ll return to spend Thanksgiving, Christmas and New Years with her family. Late Jan she’ll be rejoining me indefinitely. O what happy days those will be.

I’ll be thinking of you constantly Megan. All my love,