Aleja
She said, "leesen", and then she scratched her tiny shoulder with 4 fingers in rhythm, It sounded like horses quietly galloping, and she said: "Dats horses." 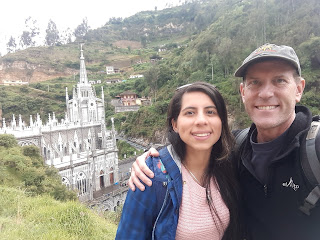 She’s 5 feet tall and her hair is 3 feet long. You do the math: Hair everywhere. She’s young and wild and Latin and cute as a cuy and that accent has no equal on the planet.

Meeting The Family
I knew I would be meeting her mother and sister. I knew they were going to have tough questions to ask. Who wouldn’t? I was asking the family to trust me with their youngest daughter while I took her out of her country for the first time. I prepared. I made a list and I practiced how to answer in the best Spanish I could muster. On the day of the interrogation, I took Aleja and her sister to a movie. Nathalia seemed to like me. Good, I needed every ally I could get in that room. Her mother would
be home soon and the clock was ticking. 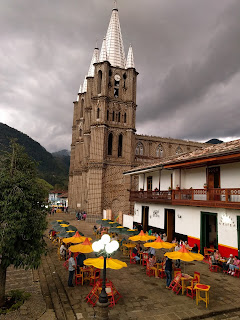 On the long walk to her house I even asked Aleja to role play with me to get a better handle on how her mother might throw me a curve ball. “What do you think will be the toughest topic your mom is going to ask?” “Well, you do know that she is convinced you are going to sell me in Ecuador, right?” I checked my list. Nope, I hadn’t prepared for that one. “What? She thinks I’m going to sell you!” “Oh yes, she is sure of it.” My foot touched the first step. There was no turning back. The front door was open.

We climbed the stairs and entered the home. We exchanged casual niceties. I had brought a plant. It seems like a hollow trade now. I can’t believe I was that foolish: “Here’s a plant to take the place of the daughter you raised.” 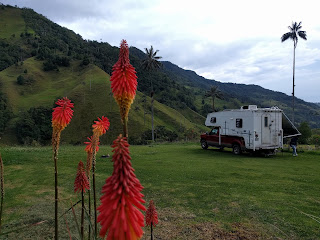 She asked me to be seated. Her boyfriend appeared. Great. Guys know guys. I’m never gonna get out of here alive. And Jhonny speaks really fast. I had trouble following along. Aleja had to translate a couple times. Then her mother’s best friend entered and joined in. Sure – let’s invite the whole block. 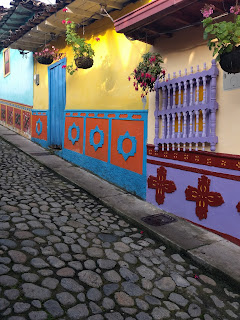 There’s no way I’m going to pull this off in a foreign language surrounded by people who have, and should have, a healthy distrust of a man twice her age. I took a deep breath. I made peace with my ensuing failure. I mentally repeated the words; “speak from the heart”.

It was a machine gun staccato of questions and I felt my palms get wet, but I sat up straight and I answered honestly and humbly. I made eye contact and I admitted that there would be hardships and that I wasn’t interested in just adding a slave to my passenger list. I wanted a partner. I saw a slight tension release from the shoulders of Dona Aura. There was a long pause. They looked around the table at each other.  Dona Aura said “Pues, Bueno que mas vamos a hacer, tomemos  cerveza?” 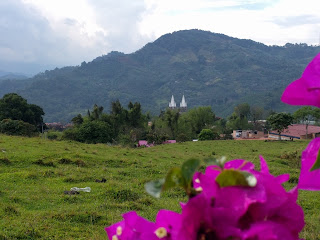 I whispered to Aleja: “did your mom just suggest we drink beer?” “Yes!”

I immediately stood and volunteered to buy. AB and I walked out the door, down the steps and out of sight. “I think we won!” I think we won too!”

Goodbye Party
Alejandra has a boyfriend. Her boyfriend isn’t stupid, just Spanish disabled. When she said that her friends were throwing her a “despedida” (goodbye party), I thought she said “desaparecida”, which means “disappeared”. Hilarity ensued. I made the mistake of wondering aloud if I would get more for selling her whole or by the kilo. The butcher at the carniceria didn’t think it was very funny. I’m probably not going to try that joke with her mother.

The Last Day Of February
We departed Medellin. Hair pinned and hair brained switchbacks were the norm. 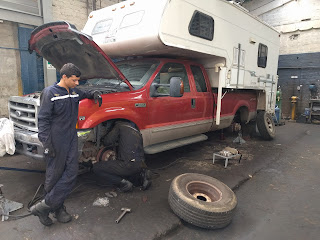 Tramps like us – Baby we were born to run. She learned English from Taylor Swift and Katy Perry. She’s heard of Led Zeppelin but she couldn’t name 1 song. She’s never heard of David Bowie. Do you remember the last elongated scene from The Graduate? The music from our phones became the 3rd passenger.

Jardin, Manizales, Salento, Cocora, Tulua, Cali, Rosas, Pasto, Lago Cocha, Las Lajas: We meandered our way out of Colombia. It was the first time she had ever left her own country. How would she live without Arepas?

The Arepa – The Leatherman Of Foods
The arepa is a wonderful building material. It’s also a sturdy projectile for self-defense. However, the consumer grade commodity product that arrives at your table in the plastic basket with your silverware isn’t really fit for eating.
It explodes in your stomach to 3 times the normal size, and you can’t eat the rest of the day. It was designed to get the campesinos back in the fields for more work.  Because it doesn’t get served with the food on your plate; I consider it more of a delivery system
adjunct.  A little mortar and paint and you could build yourself an outhouse – and you’re gonna need one. It’s also the perfect size and weight to use as self-protection from a starving dog (they won’t eat them either). None of the above applies to the Venezuelan version.

PRB ~ It Doesn't Stand For Pabst Blue Ribbon
It’s the phonetic replication of the Spanish language; which sounds like a motorcycle with a sputtering carburetor issue. Listen, here’s the proof: “podrias probar esta para remover la pintura”. You must remember that the “v” sounds like another “b”. It's the constant babble of the Spanish language that refuses to ever downshift into a slower more comprehensible gear. I now live with a native Spanish speaker and I’ve never been closer to quitting the language.

“Wanna Mix Things Up?”
Before Columbus came to the New World, there were no oranges in Florida, 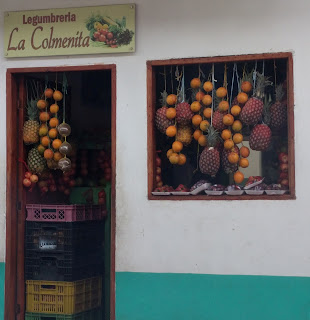 no bananas in Ecuador, no paprika in Hungary, no potatoes in Ireland, no coffee in Colombia, no pineapples in Hawaii, no rubber trees in Africa, no chili peppers in Thailand, no tomatoes in Italy, and no chocolate in Switzerland. Columbus “discovering” America caused the deaths and subjugation of millions. But there was an upside. They call it the Columbian Exchange. We humans re-inventoried the planet. I’ll let you decide if it was for the better or not. 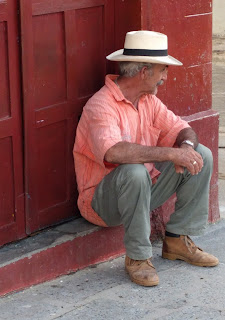 But change came, and for me, my entrance into South America was a big revolution. The Spanish changed (yet again, and by a larger measure), the culture changed, the food changed, the climate changed, and the people changed. I love it down here. Don’t forget to put this continent on your bucket list. Man is it good.

Take chances! Keep the party rolling, because nothing is a bigger buzz kill than a corpse, especially when it’s yours, but push a little deeper, ask a bit more from yourself and others, Take Chances!