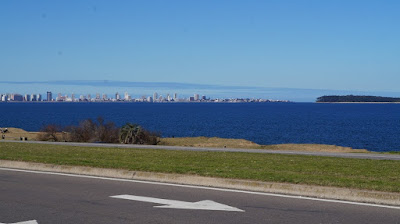 Poor little Uruguay; sandwiched between the magnificent beaches of Brasil and the incredibly varied landscape of Argentina, she has a very hard time holding her own.

Upon entering customs and immigration in any country, the government always makes the most of catching the trapped audience’s attention with posters of her gorgeous marque attractions.
In Uruguay we saw sky diving, horseback riding and beaches, which are available in practically every country. Hmmm – low wow factor. She lived up to it. 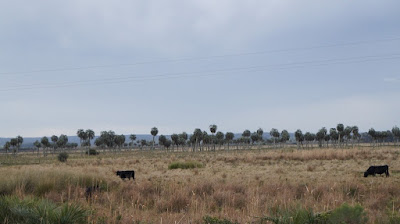 From my diary: “First impressions of Uruguay – Super expensive. It looks like the pampa of Argentina but with palm trees, but they are very low growing palms - pygmy palms. Flat and unremarkable. The beaches . . . so so. 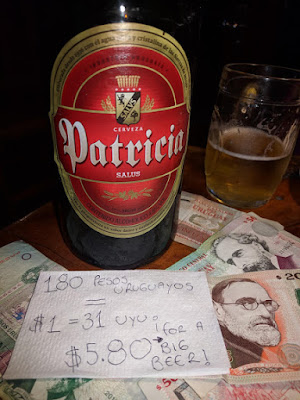 No reason to put Uruguay on your travel list. There is nothing offensive about it, and there is nothing exciting either. It's the most average of all Latin America and super expensive.

South America should be at the top of your list. I love it here. However, there's no reason to ever go to Uruguay. It's a c-rated country. It has all the expense of the first world and a fraction of the infrastructure ($13 for a liter of ATF and it’s a pain in the ass to find).

I went to Punta Del Este. It's unattractive and unimaginative. It’s a giant parking lot on a promontory with a casino. If you have friends there, that would make for a different story. I heard all the hype, couldn't wait to get there, and was completely let down. There's nothing superlative in either direction about Uruguay.  It's not wonderful and it doesn’t suck. It really only excels at being average: "Uruguay, the most expensive average money can buy"

Uruguay – There’s a reason you don’t know anything about it.

Uruguay shouldn’t be at the bottom of your list, it shouldn’t even be on your list. Let’s be honest, with 195 countries in the whole world, you’re only going to see a small fraction. Don’t waste your time with this one.

I came to the conclusion that it must have been essentially a buffer land that allowed the Portuguese and the Spanish to stop fighting each other between Brazil and Argentina. It was the land “not worth dying for” and then it became a country.

One more bashing and then I’ll say something nice: This whole country desperately needs to invest in stop signs. These intersections are so dangerous. What are you doing with all that petrol tax? $5.50 per gallon? Come on. 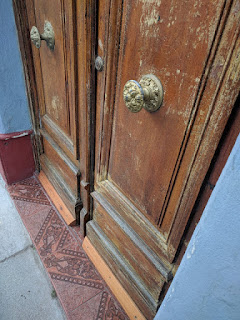 If you do find yourself in Uruguay, stop and tour this beach community with their tiny houses and great designs in delightful colors.

We left Elsie on a farm that had indoor storage run by a very nice German family. We went back to our countries and returned 2 months later to start driving again. Back into Argentina!

Your man on point,
Bobby (The Basher of Nations) Friedman