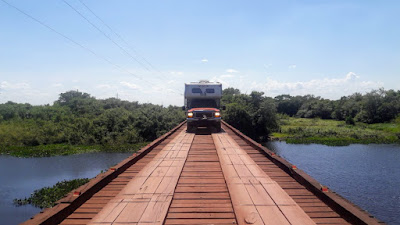 We crossed late in the day from Bolivia to Brasil and at this little used border opening we hit a snag. They delayed us for long hot hours and we were forced to drive at night. I hate driving this huge pig in the dark on these bad skinny roads. But for what was waiting – it was all worth it.

The Pantanal
You know about the Amazon Jungle. It's the world’s largest tropical rain forest. But you probably didn’t know about the Pantanal, which is the world’s largest tropical wetlands. We almost skipped this. Don’t. Sure – it consists of little more than swamps, rivers, and waterways, and for that reason it’s overlooked. However, because of its open landscapes, and without the covering canopy, it’s easier to spot the fauna. It doesn’t have the plethora of actors on the stage but the stage is so much smaller than the Amazon’s that it’s much easier to spot wildlife. Bring a hat. There’s little shade and that sun is a killer.

The only jaguars and giant anteaters we saw were dead road kill.

I paid for guided tour after guided tour as we relinquished our pioneer spirit. There are enough things to kill us here that I thought better than going alone.

Driving In The Pantanal
The roads in Brasil are decent. The road we took thru the Pantanal was terrible. It took me 5 hours to drive 11 miles. That’s 2.2 mph. The average human walks at 3.1 mph. When I was a sailor I used to say that bad weather is expensive. Yes, it’s scary but it’s mainly just expensive because you break things. Same with bad roads. Yes, they are uncomfortable but the real cost is that of repairs and the time you lose effecting them. 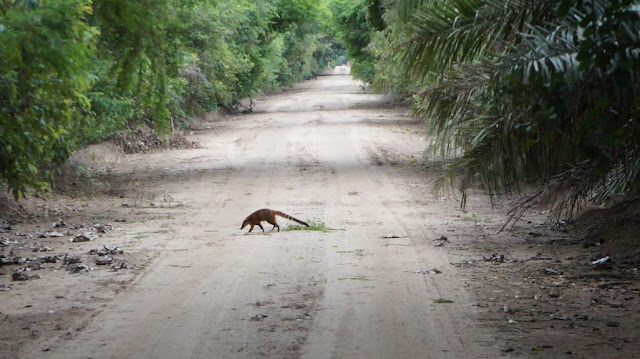 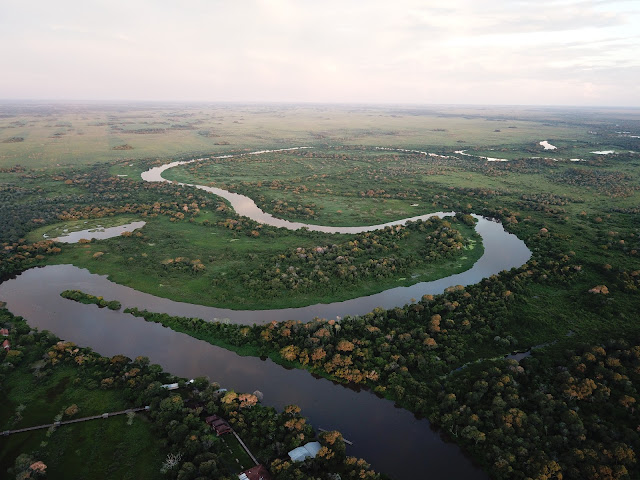 Bonito
It’s impossible to do anything in Bonito without a guide. They have a strangle hold on all things fun and the gatekeepers have mastered wringing the tourists for maximum fees. In the Pantanal I was happy to sit in the boat and have them explain how to catch a piranha and feed it to a caiman, but I wasn’t going to pay $100 to rent mask, fins & snorkel when I already have them. In addition – all the fun stuff in Bonito is actually hours outside of Bonito. This place was a big disappointment. Save your money. 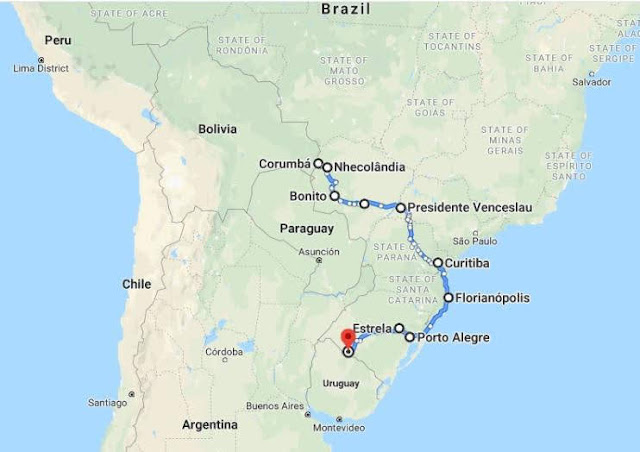 Long Miles
This country is huge. We literally drove for 3 days to visit some friends in Ponta Grossa and we were still nowhere near the coast.


Taquara – This marked the beginning of our return to the state of Santa Catarina. We were very happy to be back. Taquara isn’t a nice mellow beach with gently lapping waves, It’s a dramatic shore break with closeouts crashing right where you enter the water. This was survival training. When we tired of the sore neck aches and flushed sinuses we left for familiar ground . . .

Bombinhas
Ah Bombinhas – God I love it here! I raved about this location on my previous Brasil post. This time we made even more friends. I swear, making friends with Brasileros is easier than picking up fat sorority girls.

Me to Aleja: “See that guy over there? I’m gonna make friends with him in 2 seconds. Watch this”
Me to stranger: “Bom Dia. I like you. We are friends now, yes?”
Brasilian stranger: “Yes Yes! Good friend now. Me and you. Yes! Where you from?”

Hugging and handshaking commences and goes on way too long. So easy.

Florianopolis
This is one of the big carnaval spots for Brasil, and we got here just in time. We left the party one night at 12:30 in the morning and it was only half over. Insane. The size and scope of a party like this... It's like the Rose Bowl parade meets New Year’s Eve in Madison square garden. And the amount of work that went into these costumes...Nossa! That means "wow". The city has built what they call a "Pasarelo do Samba" which is an enormous convention center around grandstands facing a street which only gets used once a year. You have to buy tickets to it and there are different levels of VIP enclosures. I snuck in using “Dave McGinn's Unique Technique” of walking in backwards thru the exit gate. Do you get it? Read it again and try to visualize: I walk in backwards as others are walking out. We are facing the same way so it doesn’t immediately register with the guards even though I’m moving in the opposite direction. 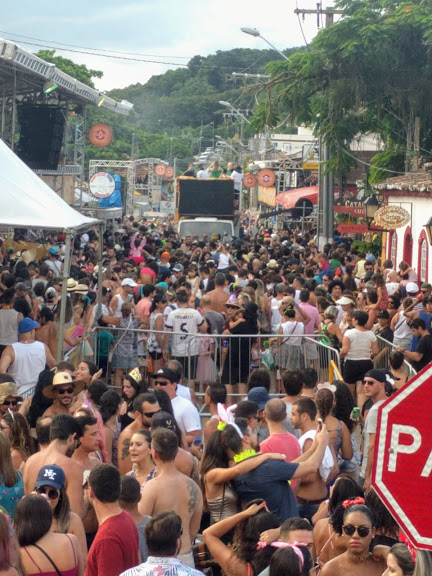 Carnaval is so important that for the better part of a whole week they watch the TV like it’s the grand championship of a sporting event as the country’s samba schools exhibit their best. They are literally dancing in the streets for 5 days. Unless you’ve seen it, you can’t believe it.

I guarantee you no one is trying to take “upskirt photos” like they do in Japan. There are so many derrieres in plain view you don’t need to sneak a peek. I do have a question though: How is it that this machismo Latin American country is so tolerant of gays and tranny’s when so much of the rest of the world isn’t? 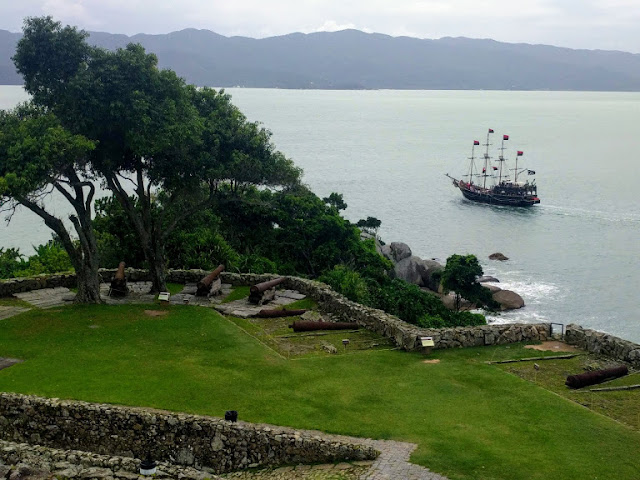 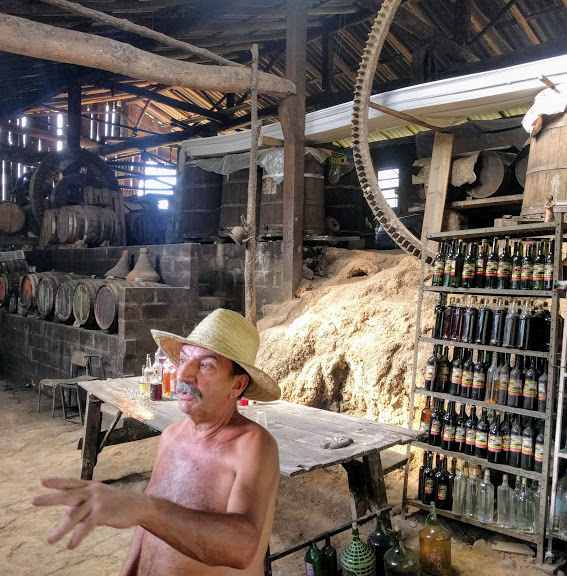 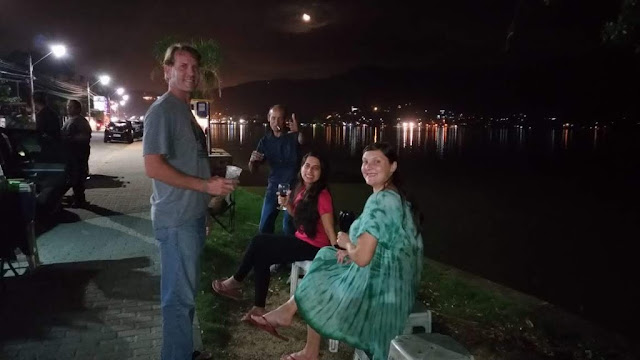 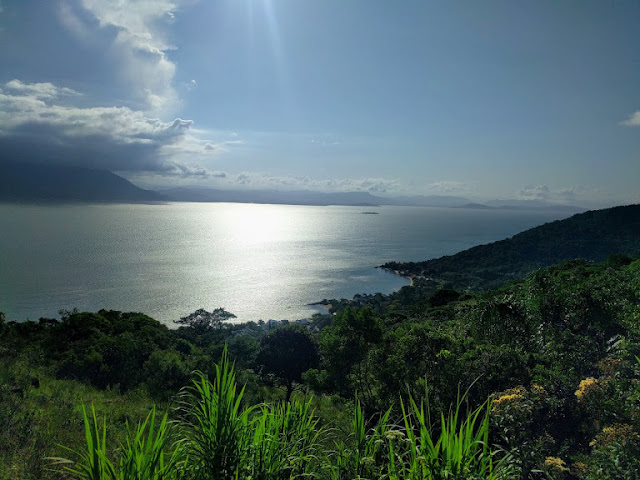 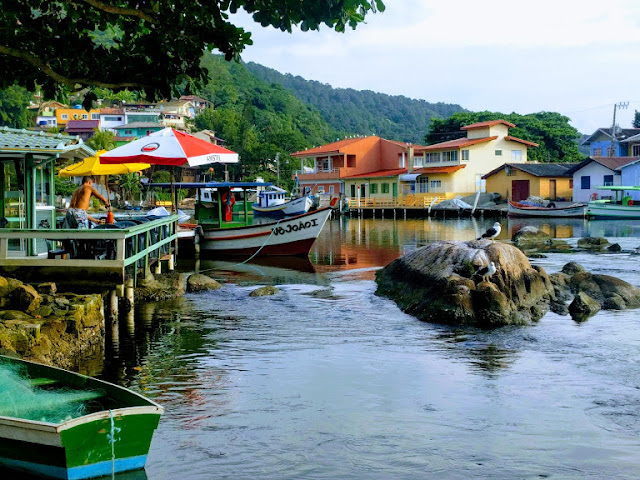 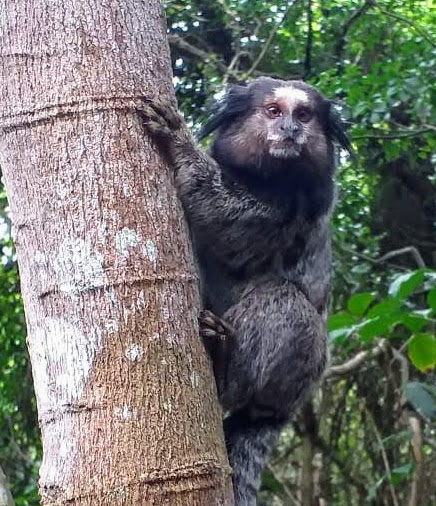 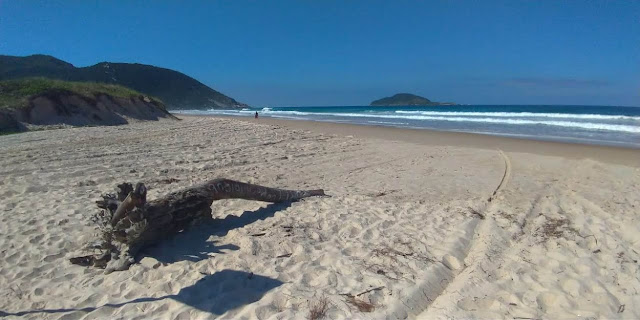 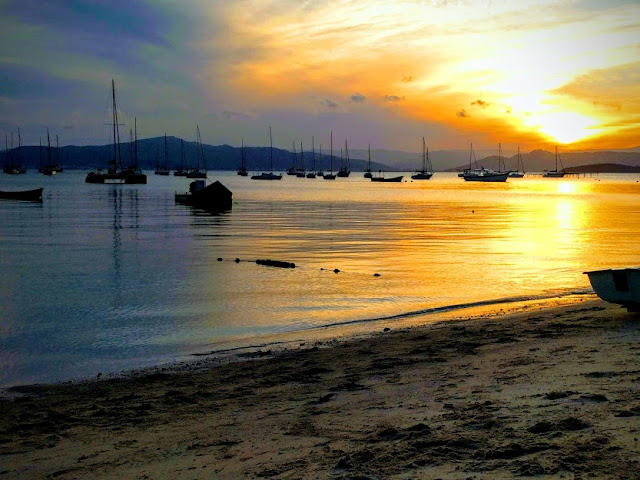 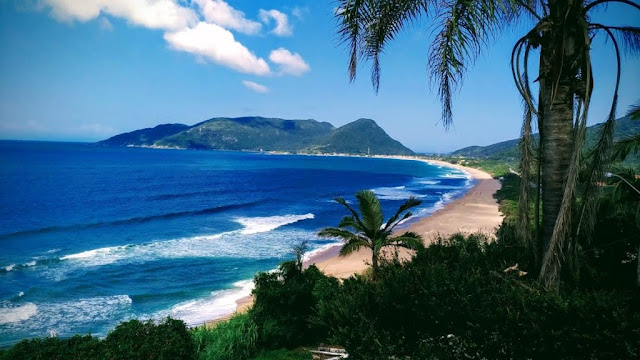 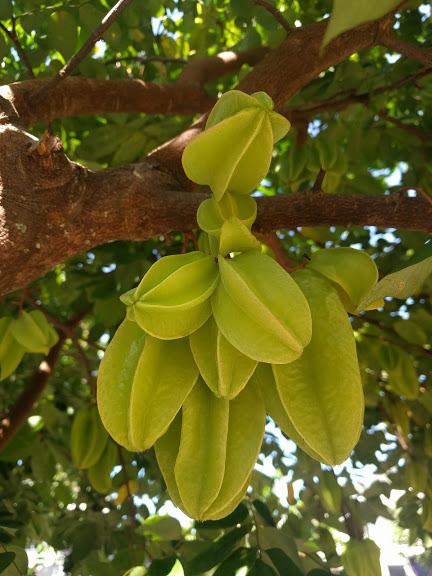 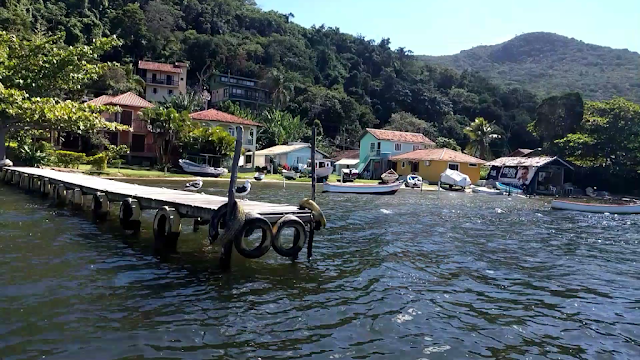 Lagoa De Conceicao
We parked Elsie in the middle of this camper land / apartment / hotel for over 3 months. It’s a beloved lake front location and suddenly we were part of a community (we were here last year) again. Absolutely Wonderful. I found my favorite coffee spot, favorite restaurants, joined a gym, had a car or a scooter the whole time, and made real friends. It was the best ending to a 4 year road trip one could ask for. It was literally 4 years of adventure capped by 3 months of vacation. Perfect ending.


Are you ready for this . . .  I haven’t been everywhere but I’ve committed 10 years to full time nonstop travel, so I’ve seen a lot, and I’m giving the title of World’s Best Place to the Island of Florianopolis, Brasil. There, I said it and I stand by it. 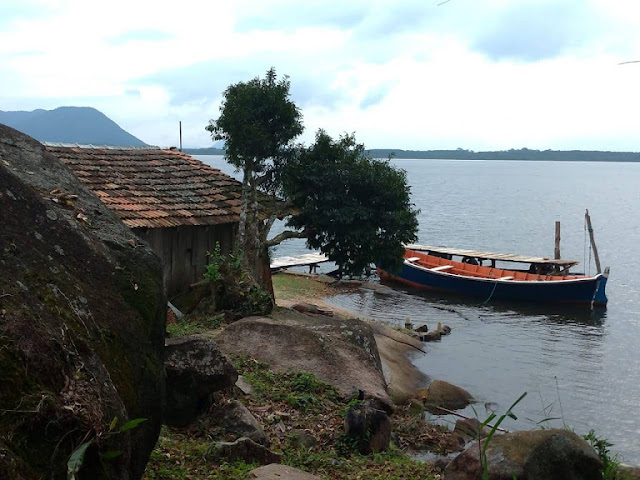 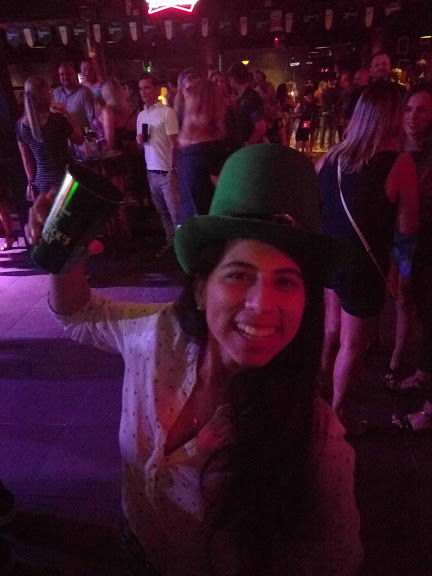 Porto Alegre
There is no reason to ever go here unless you have friends in the city. We do, so we stopped. I can’t rant enough about how welcoming and wonderful South Americans are. The Colombians will set the bar super high and then the Argentinians and Brasilians will just keep edging it skyward. You are blowing it if you don’t make a concerted effort to meet a South American. You don’t even have to leave your country. They are everywhere. Seek them out. You won’t be sorry. 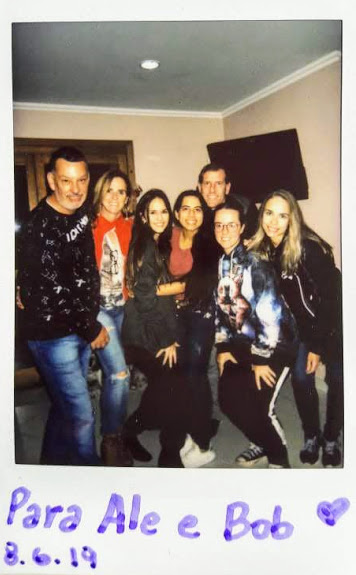 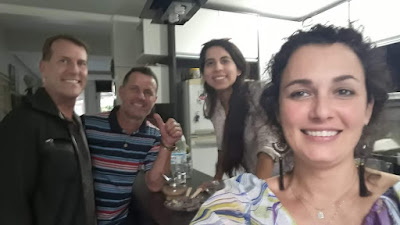 Estrela
We had one more couple that we needed to drop in on. I rank a locale by the 4 Ps: People, Place, Price, and Plates (food). Brasil wins on all and it was great to see these friends again. 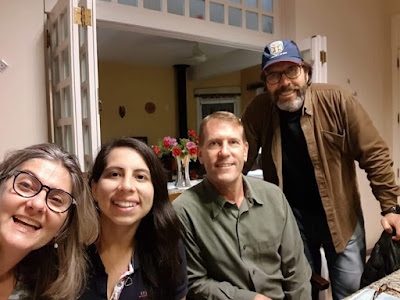 Goodbye Brasil
If you travel the usual geographic circuit of South America you’ll start in Colombia and end with Brazil. And that’s just how it should be. Most people skip it and end in Buenos Aires Argentina, but you shouldn’t skip Brasil. It’s like capping off a long adventure with a vacation.

We’re not on a holiday. This isn’t a vacation. This is travel. The entire 4 year trip was an enormous wild bucking adventure. We earned our miles and enjoyed it all in spite of the struggle. Brazil on the other hand; was a complete vacation. I will always go back to Brasil.

Your man on point,
Captain Bobby 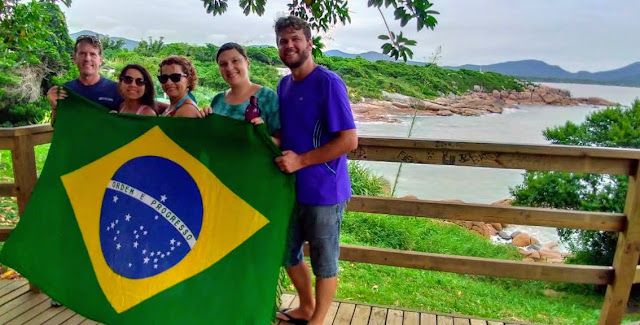 I navigated through those life altering reefs and dodged all those looming icebergs. I MADE IT! I resigned my position, rented my house, sold everything else, and left all that was familiar behind. It was Dec 1, 2005. I was a naïve American thrusting myself upon the world in a campaign of adventure. I had accepted the grandest challenge I could think of: SAILING AROUND THE WORLD. It took me 6 years and I made it half way around (San Diego to Singapore) and then my house burned down. I went back to California for 3 years to rebuild. And now? Now I'm driving an old truck with a camper to the farthest reaches of South America and back. These are my stories . . . .